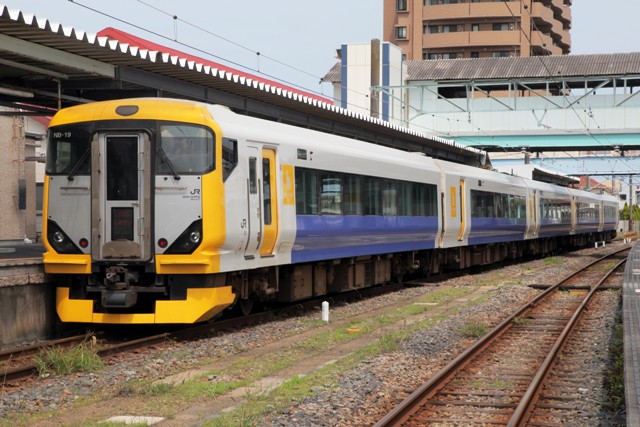 
Chiba, which is situated in the eastern part of the Kanto District, is a neighboring prefecture of Tokyo. It lies across the Kanto Plain in the northwest and Boso Peninsula in the southeast.

Chiba has two faces... one as an urban area, which extends from Tokyo, and the other as a countryside along Tokyo Bay and the Pacific.

The railway system in the urban area is fully incorporated into a commuter line network in the Tokyo metropolitan area. JR East and Keisei lines mainly undertake roles of transportation. In contrast, the railways in the countryside are more local and isolated. JR East local lines and small private railways are key players there.

To visit the countryside in Chiba Prefecture, JR East's express trains are convenient. From the downtown Tokyo area, they frequently leave and head to cities and towns in the area.

Currently, the main carriers on the above routes are the Boso Express, EMU E257-500 series trains. They were launched in 2004 replacing the old trains, EMU 183 and 189 series. The blue, white and yellow, three-toned body is very vivid. The blue stands for the ocean. The white stands for the beach. Meanwhile the yellow stands for the canola flowers in Chiba Prefecture.

When I was a child, I often visited Chiba to go swimming with my family. Steam locomotives (SLs) were still operated from downtown Tokyo at that time. Shortly after, diesel trains replaced SLs. Then, modern EMUs were launched and became to play the main role.

Time and tide stay for no man. 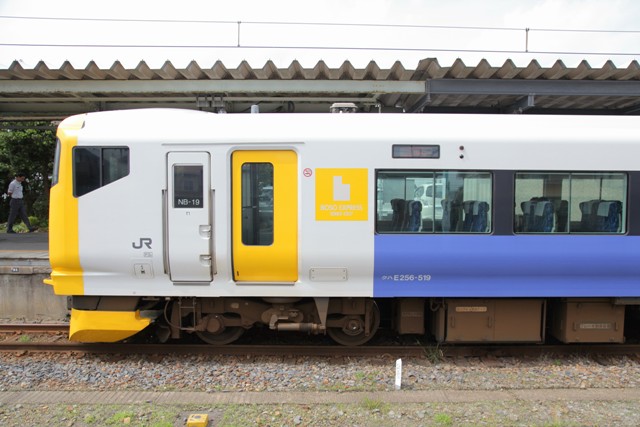