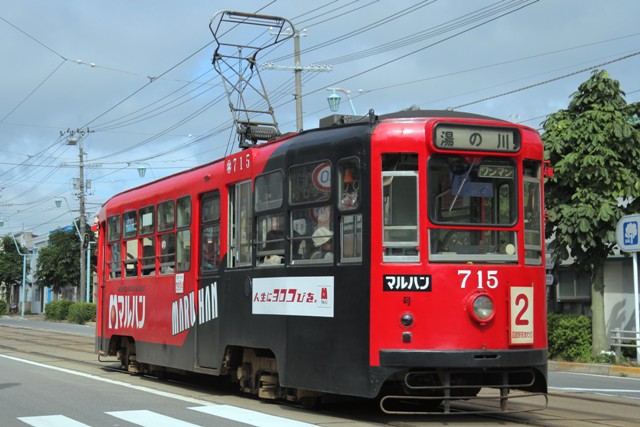 
After arriving at Hakodate Terminal by the inter-island express, "Super Swan", I enjoyed a city tour in Hakodate. The tram has convenient access to most of the attractions in this city.

The tram line in Hakodate is operated by the Transportation Bureau of the municipal office. The route was opened as a horse tramway in 1897. Then, it was electrified in 1913 to become Hokkaido's first modern electric tramway. The current total operating length is 10.9km.

I rode an electric car Type 700 from Hakodate Railway Terminal (see the top photo). Type 700 was launched in 1959. It is the third oldest model in the current tram fleet. The red colored body with nostalgic design is my favorite. The large rounded single front light is also attractive.

Hakodate was opened as a trading port by Tokugawa Shogunate in 1859, after more than 200 years of national seclusion. There are many historical places of Japan's Samurai era in this city. One of the interesting spots is Goryokaku, Japan's first Western style castle built in 1866 for the defense of the northern extremity. It took 20 minutes from the city center.

I went up the Goryokaku tower adjacent to the castle, and enjoyed a view of the castle (see the following photo). I had a scenic overview of the star-shaped castle with an old Japanese style central building. Goryokaku weaves the Japanese tradition with Western style.

I was struck by our history of modernization since the 19th century. 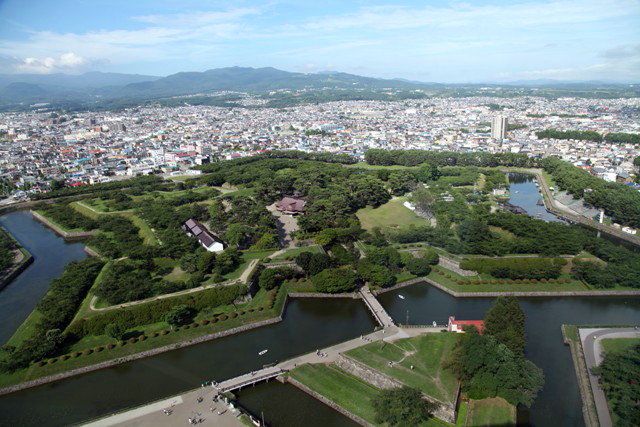