Hokutosei, Another Overnight Sleeper to Hokkaido 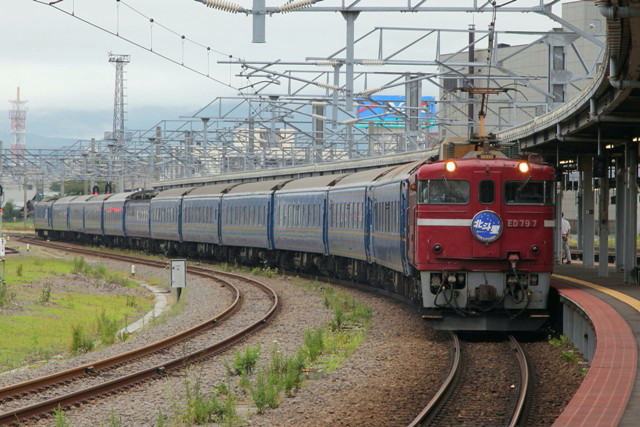 Hokutosei is operated from Ueno, a suberb of Tokyo, and Sapporo, the main city of Hokkaido Island, everyday. It was launched in 1988, when Seikan Submarine Tunnel was opened. It covers a distance of 1214.7km in about 16 hours.

The passenger cars are blue colored 24 series, which are composed of A-sleepers (first class), B-sleepers (standard class), a power-supply car and a dining car (see the following picture). A mini-lobby and shower rooms are also supplied. Although the luxury of the interior doesn't come up to that of Cassiopeia, Hokutosei is also very popular among tourists.

I have been thinking for a long time that I would get on this train, but, it has not been realized due to professional commitments and a consequent lack of time. A 16-hour trip is a bit too long for me.
Instead, I could take a picture of this popular train arriving at Hakodate, the gateway station of Hokkaido Island. It was an early morning in August, when I visited Hokkaido on vacation. Hokutosei appeared at platform number 8 on time after a long overnight trip from Ueno (see the top photo). It was a 12-car train pulled by an altered current electric locomotive, the type ED79.

I felt that someday I will travel by Hokutosei. 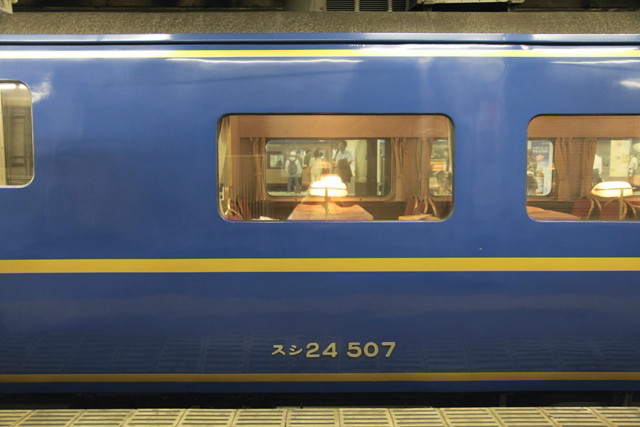