Trans-Mountain Express in the Chugoku District 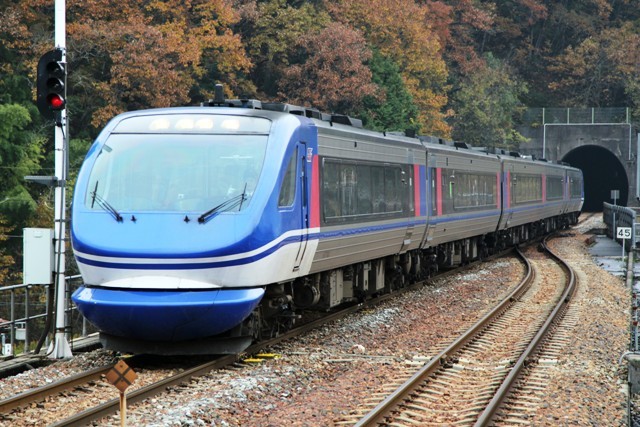 
Following my blog on December 4th, 2012, I am going to show a railway turning off Kamigori Station. That is the Chizu Express Railway.

Connecting Kamigori, on the JR West Sanyo, and Chizu, on the JR West Inbi lines, the total operating length is 56.1km. The whole route is an unelectrified, single track. Some of the trains are directly operated into the JR West Line.

The most distinctive feature of this line is the trans-mountain route penetrating the Chugoku Mountains. It is a bridge-tunnel railway, which connects cities located on the Sea of Japan and the Seto Inland Sea.

Two kinds of limited express trains are operated on the line.

One of them is Super-Hakuto, connecting Tottori, Kurayoshi and Kyoto (see the top picture). Chizu Express Railway's flagship model, DMU HOT 7000 is operated with a maximum speed of 130km per hour. In addition to its speed, the other outstanding feature is its curve passage performance. By tilting the train's body using pendular technology, the HOT 7000 series can keep a high speed on tight curves.

Another limited express train is the Super-Inaba connecting Tottori and Okayama (see the following picture). JR West's DMU KiHa 187-500 series are operated on this line. Although its maximum speed is 120km per hour, it has the most advanced tilting system in JR West, and runs between Tottori and Okayama in about 90 minutes, which is faster than its primary competitor, the expressway bus.

Railways in the Chugoku District are doing their best. 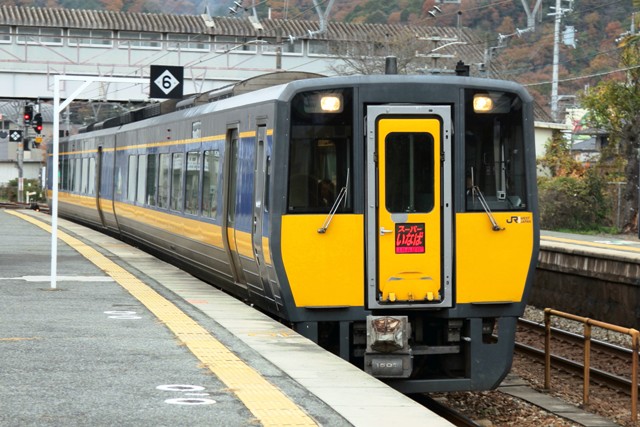