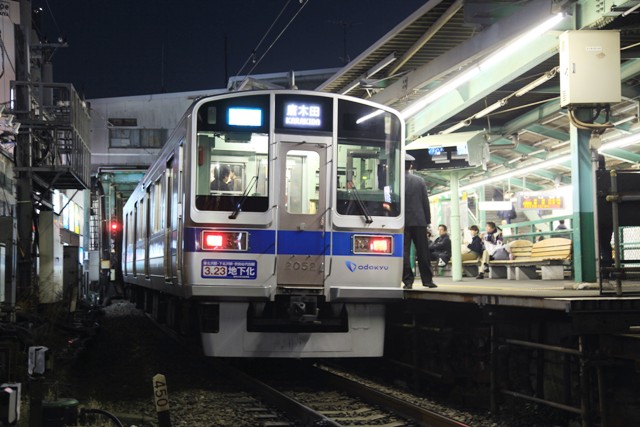 EMU Odakyu 2000 series stands at the ground-based Shimokitazawa Station
As I mentioned before (see my blog on August 27th, 2011), Shimokitazawa is a spot in Tokyo with a mix of the new and the old. It is full of attractions, such as mini-theaters, music studios, old-timely shops and ethnic restaurants. It's located near my home in a western suburb of Tokyo; and it takes only ten minutes from Shinjuku or Shibuya, two major subcenters of Tokyo, by train.

A bunch of passengers ride and get off the trains all day long at Shimokitazawa Station. But, the serious concern is that the platforms on the Odakyu Line are very narrow. The railway company is setting up new wider platforms underground together with double-double tracks. It looks like very challenging construction, because a bi-level tunnel needs to be drilled just under the present surface tracks (see the following picture).

After a 9-year challenging work, the first half of the underground double-double track is going to be completed soon. All trains will, then, run on the new underground tracks. Currently, Odakyu trains display the notification stickers, in which they announce that Shimokitazawa, Higashikitazawa and Setagaya-Daita stations will be moved to the underground on March 23rd in 2013 (see the front of the train body in the top photo). 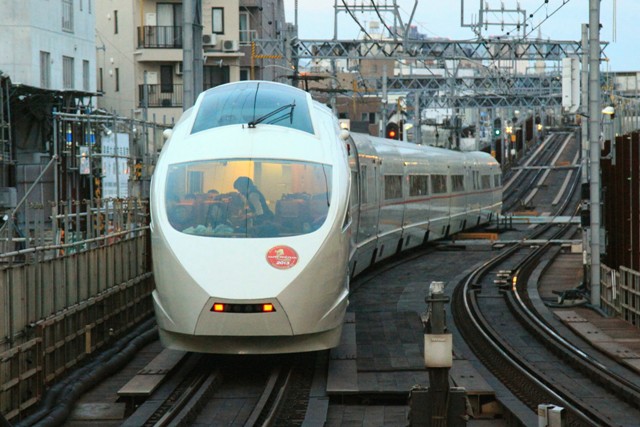