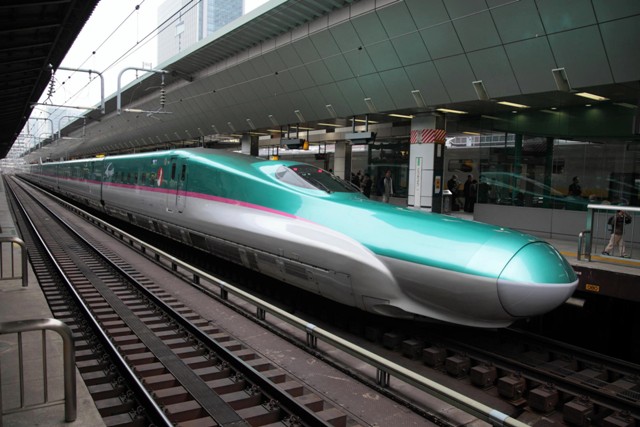 Among them, the E5 series had its maximum speed raised to 320km/hour (198.8miles/hour) on March 16th this year. As a result, the E5 series has won the honor of Japan's fastest train. Using the E5, a Super Express train, "Hayabusa (Falcon)" has cut the travel time between Tokyo and Shin-Aomori by 11 minutes. Currently, it takes only 2 hours 59 minutes.

When I was a kid, Aomori was a distant city for Tokyoites. It is located in the northernmost part of Honshu Island. I still remember that it took almost half a day on the overnight express train. The train reached Aomori Station in the early morning, since it was connected to the first ferry boat to Hokkaido Island. The passenger carriages of the express train were tattered and hardly seemed to be cleaned.

Although Japan at that time was poor; it still was a very relaxed journey for my family in the 1960s. The Shinkansen is very convenient; but I also feel that people should take a break from the fast-paced living of the modern world. 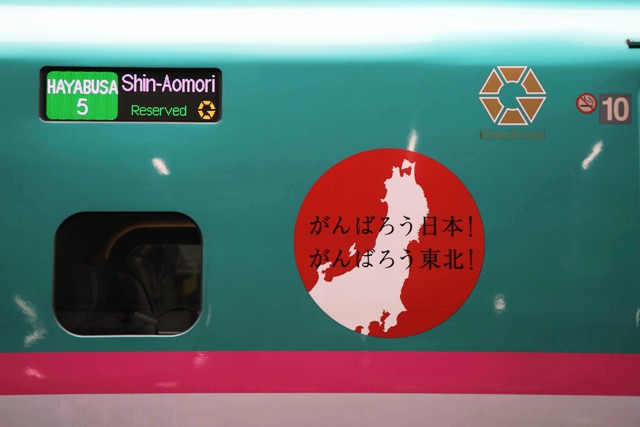