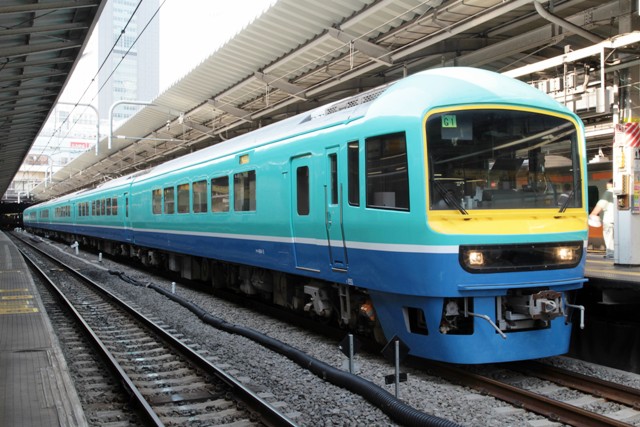 
It is the season for traveling in Japan. The countryside is especially beautiful as everywhere is freshly green. I often see a special train heading to the countryside at Shinjuku Station on the way to my office. It is the EMU 485 series, "New Nanohana (canola flower)".

Along with, Yamadori (mountain bird), Irodori (color) and Minori (harvest), New Nanohana is a leisure train owned by JR East. It is an AC-DC (Alternate Current - Direct Current) dual system train, which is composed of 6 cars (see the top photo). Thanks to the dual system, New Nanohana can be operated on the most of the tracks except non-electrified ones. Its dark and light blue colored body with a white colored stripe is vivid and my favorite; but it is not the color of a Nanohana (canola flower). Nanohana color (i.e. yellow color), is used only on the frontal face of the train. It is an enigma for me.

In the meantime, who are the happy passengers who get on this leisure train? They are mostly junior high school students in the Tokyo metropolitan area. Wearing their school uniforms, they head to the highlands in the Nagano or Yamanashi prefectures. It must be a school excursion.

As the curtain comes down on your life as junior high school students, why not use the precious time you have left to make lifelong memories with your friends and teachers? New Nanohana will also be a snatch of the memories for you. Have Fun! 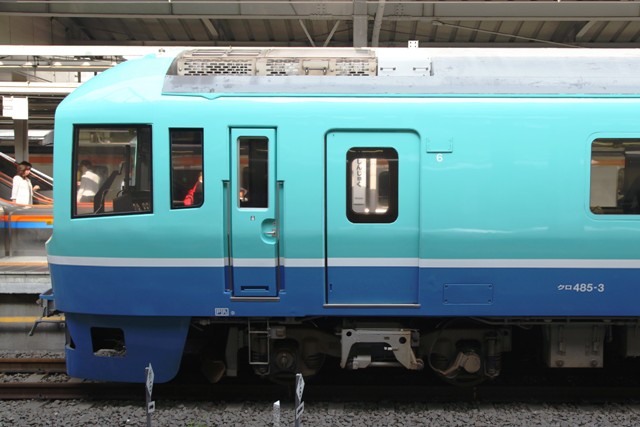