The Miyajima Line, Approarch to the Island of God 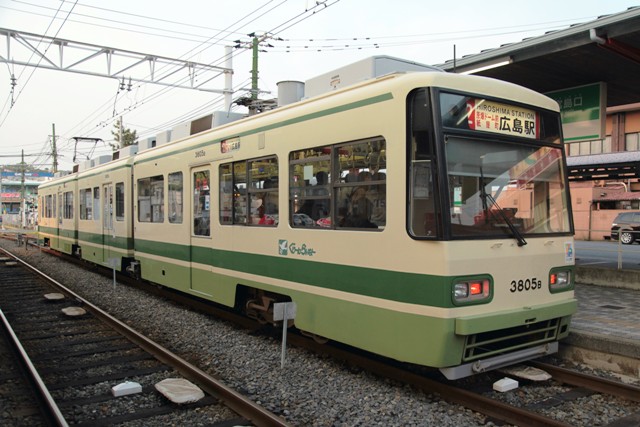 
On the second day of our journey to Hiroshima, we visited Itsukushima, which is well known as the Island of God.

The main place of worship is Itsukushima Shrine that was originally built in 593. This is the only shrine in the world built over the surface of the sea. They could only build it there, because the island itself had been considered sacred as an island of God since ancient times. Even priests had not been allowed to live on the island since the 6th century, when it was built, until the 19th century. Following the ancient worshippers, we also visited the shrine by boat through the "torii" gate built in the sea (photo at the bottom). Itsukushima Shrine was registered as a World Heritage Site in 1996.

To get to this Island of God, we took the Miyajima Line of Hiroshima Electric Railway. The rolling stock was an electric car, Type 3800, which was launched in 1987. It is an articulated three-car tram with four bogies. The total length of the rail car is 29.6m. VVVF (variable-frequency drive) inverters with induction motors are equipped as a drive system. A total of nine sets, 27 units have been manufactured so far by Alna Sharyo.

For your information, although "streetcars" are operated on the track, the Miyajima Line is classified as a "railway" based on the Railway Business Act of Japan. It is NOT a "tramway", because it is an exclusive track. 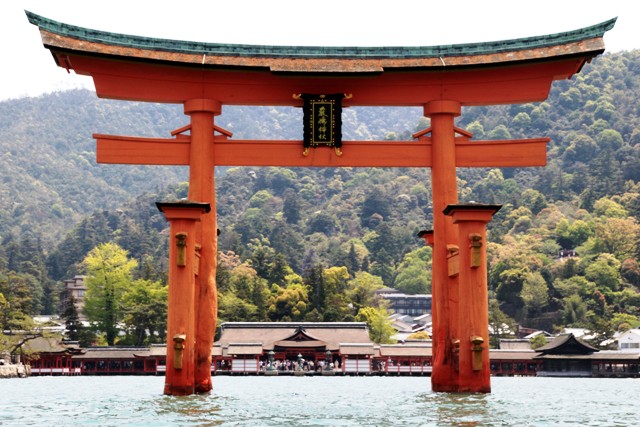