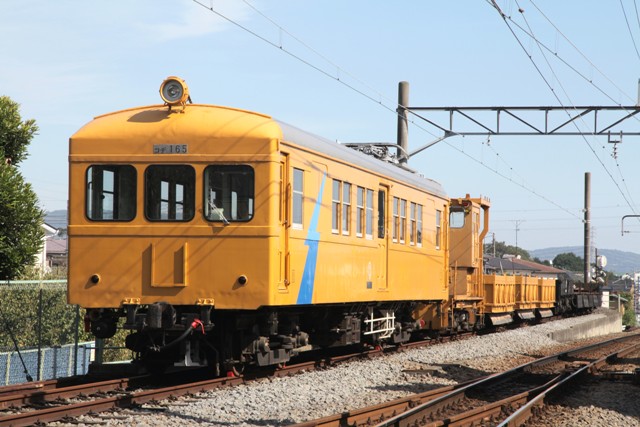 KoDe 165 is no exception. It is a construction vehicle on the Daiyuzan Line of Izu-Hakone Railway. It has a long history on the tracks. The KoDe was manufactured in 1928 as MoHa 30166 passenger electric car on the Japanese Government Railways (present JR Group). In 1960, it was moved to Sagami Railway, and used as a passenger car known as KuHa 2510. In 1976, it was transferred again to Izu-Hakone Railway, and used as a passenger car with a name change to MoHa 165. Eventually, it was modified to a construction vehicle known as KoDe 165 in 1997. For your information, "KoDe" stands for a "construction electric car" in Japanese.

The KoDe is usually asleep on the siding near Daiyuzan Station. It is easy to take a picture of the KoDe from the railroad crossing or the platform. The nostalgic body design with its vivid yellow color is my favorite. The problem is that we seldom see the "moving" KoDe.

To shoot the moving KoDe will be my next project. 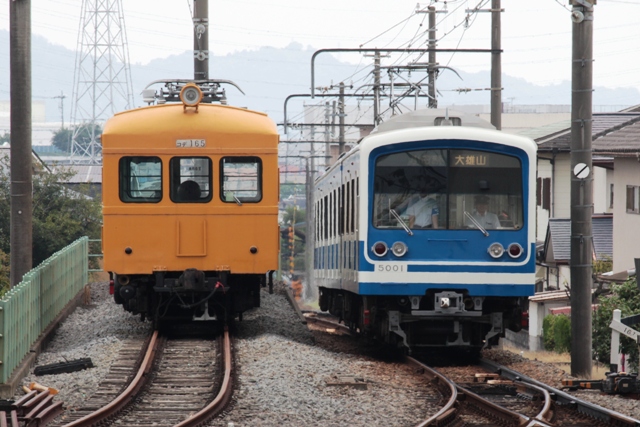