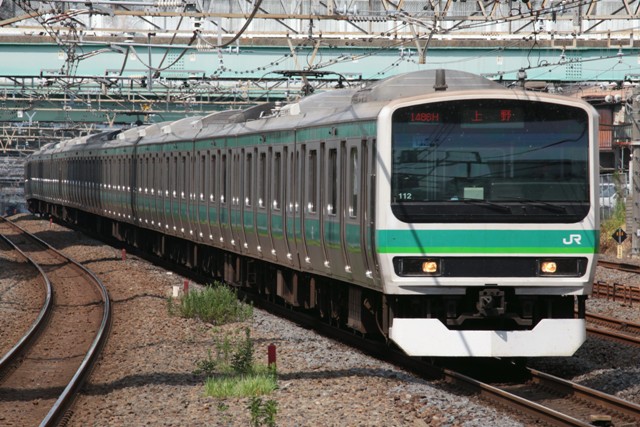 EMU JR East E231 series arrives at Kashiwa Station on the Joban Line
Tokyo has been expanding since the 17th century as a main city of Japan. Currently, the population of the Tokyo metropolitan area is about 30 million, 10 million of whom use railways to go to their offices or schools everyday. 10 million is an astronomical number, isn't it?

Railway companies can't keep their arms crossed. Most of the major companies have been reinforcing their transportation capacities over the decades. For example, construction of double-double track is an effective solution; however, it is quite expensive. More frequent train operation is another means to increase transportation capacity. But, there is a technical limit, even if the railway signal system is improved.

The realistic method is to make longer trains. Currently, the longest passenger train in Japan is the super-express train on the Tokaido and Sanyo Shinakansens. It consists of 16 units of 25 meter-long cars, so that it attains a total length up to 400 meters. Apart from the Shinkansen bullet train, the other long one is the 300 meter-long JR East train operated on several commuter lines.

Look at the photo. It is an example of a 300 meter-long train, the EMU E231 series, on the Joban Line. It is composed of 15 units of 20 meter-long cars. In the rush hour, this snaky long train is operated every 3 minutes on average, but it is still packed.

The Joban Line... what a busy line it is! 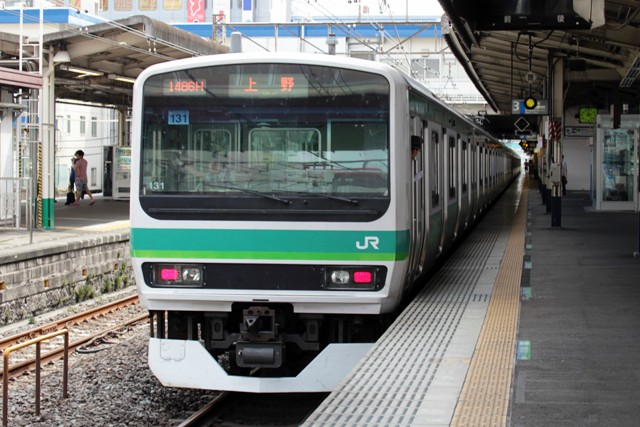