Old Rail Car and Outdoor Art on the Mooka Railway 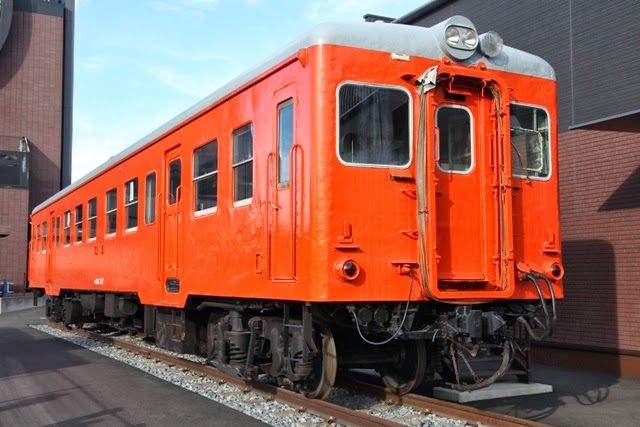 Diesel rail car KiHa 20 247 is preserved in SL Kyu-roku-kan Museum in Mooka Station yard
When we strolled in the Spider lily field in Shiroyama Park near Motegi Station, we found a lot of objects in the park. They were ceramics, dyed goods and wooden sculptures, produced by local artists. During the Spider lily blooming season, Motegi Satoyama Art Festa was being held in parallel.

The concept of the Art Festa is quite unique. The artists, who would like to join the festa, are required to get inspiration from the nature of the park to spark their creativity. They have to develop their exhibition sites themselves and eventually, their exhibits are placed in harmony with the natural surroundings. My favorite exhibits were the ceramic moles, which appeared from the ground (see the following photo). They looked very unique and cute being surrounded by the full blooming red-colored spider lilies.

On the way back home, we stopped off briefly in SL Kyu-roku-kan Museum in Mooka Station yard. This museum is operated by Mooka Railway to show their precious, preserved vehicles. The admission is free. Thank you!

One of my favorite vehicles is an old diesel rail car, KiHa 20 247 that was manufactured in 1959 by Tokyu Sharyo. Type KiHa 20 has been operated on the Japanese National Railways, but is currently operated on a local private railway in the western part of Japan only. It is indeed a precious exhibit.

The old diesel rail car and the unique outdoor art... we saw a lot of precious exhibits on the Mooka Railway last weekend. 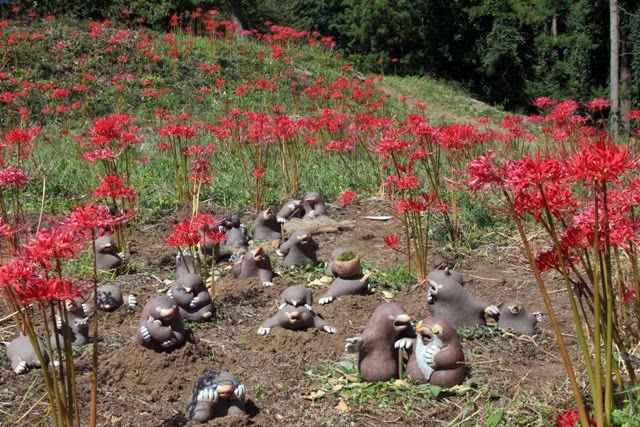