The Latest EMU and the Latest Museum on Kyushu Is. 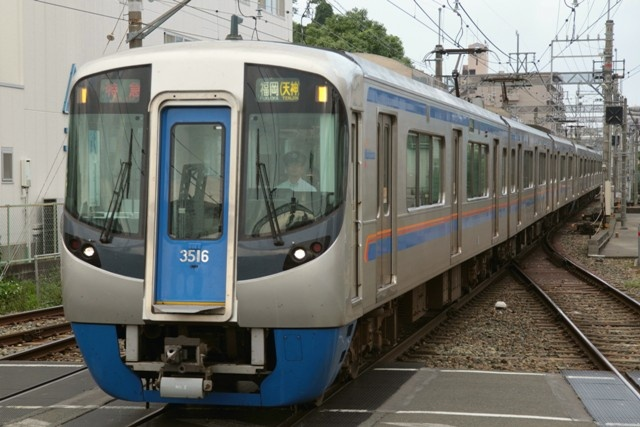 Nishi-Nippon Railway (Nishitetsu) is one of the major private railway companies based in Fukuoka City on Kyushu Island. The route consists of the Oomuta Line (1,435 mm-gauge) and the Miyatsu Line (1,067mm-gauge), connecting the northern to the southern part of Fukuoka Prefecture. The total length is 106.1 km.

The EMU 3000 series is Nishitetsu's latest EMU model for express trains on the Oomuta Line. It was launched in 2005 to replace their old models such as the 600 and the 700 series. So far, a total of 60 units have been built by Kawasaki Heavy Industries. The 3000 series has stainless-steel bodies. Its electric control system is VVVF (variable voltage and variable frequency) with induction motors. The rounded front mask is my favorite. 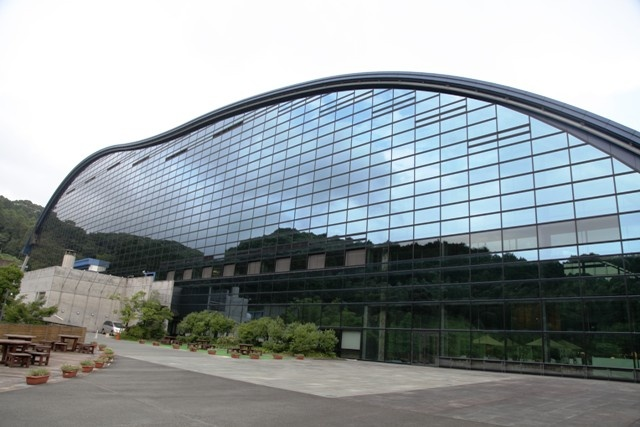