Subways above Ground, Singularities in the Giant City 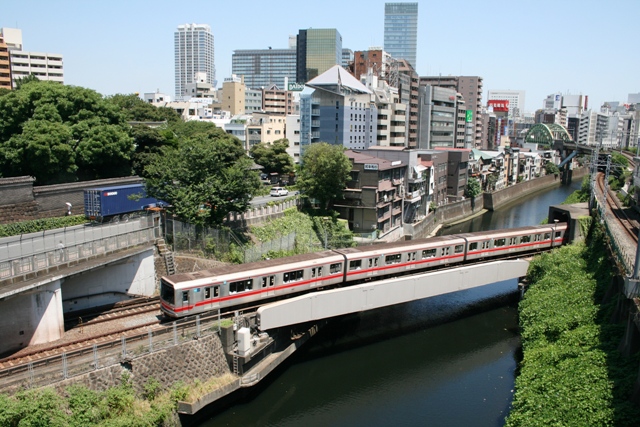 Tokyo is the most congested city in Japan. This giant city has been expanding both above and under ground. Subway lines are typical of the latter. A total of 329km on 13 lines are now operating and most of them are “underground” in the center of the city.

However, there are several exceptions. Look at the top photo. It’s the Marunouchi Line train crossing the Kanda River near Ochanomizu Station. This subway train runs above ground. You can see two tunnels both in the right and the left sides of the photo. It’s very rare sight in the center of Tokyo.

You can see another spot in the bottom photo. It’s near Yotsuya Station also on the Marunouchi Line. This part was constructed above ground although it’s located in the center of the city.

Why does the Marunouchi Line train run above ground in some spots? It’s probably because this line is an old subway route of Tokyo. The Marunouchi Line, which is the second oldest subway in Tokyo, was completed in 1959. At that time, the subsurface in Tokyo was still spacious, so people could construct the railway just under the ground. As a result, they could construct it above ground in some areas to save costs.

But nowadays, there are many subway lines and subterranean structures there. People have to construct new lines more deeply underground. Thus, it's no longer possible to construct them above ground.

Subways above ground … they are singularities in the giant city. 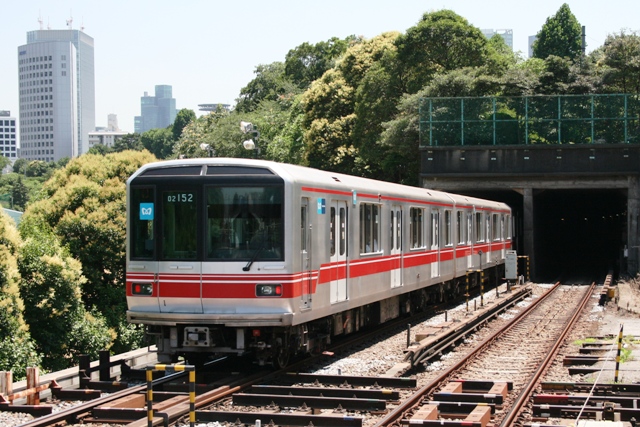