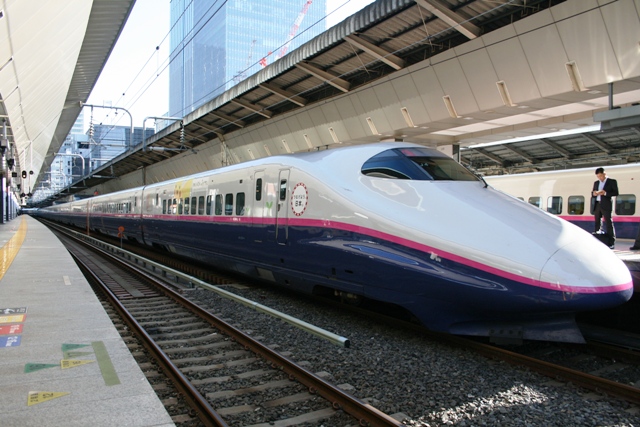 Following the resumption of operation along the entire Tohoku Shinkansen line on April 29th (see my July 7th's blog), all train services got back to normal on September 23rd. In other words, the slowdown of train speed was terminated, and all trains restored their normal maximum speeds because post-disaster damage repair has been completed. Needless to say, the train services were disturbed by the giant earthquake, which hit the eastern part of Japan on March 11th.

We can see several kinds of trains on the Tohoku Shinkansen, JR East. EMU E2 series is one of the main fleets on this line. Although the flagship position was ceded to the newest model E5 series (see also my July 7th's blog) this year, E2 series trains are still the main units being used.

This summer, 4 sets of the E2 series ran on the Tohoku Shinkansen as "Pokemon Shinkansen" (see the bottom photo). These cars were wrapped by artwork of the popular Japanese animation character "Pokemon (Pocket Monsters)" for tour promotion to the Tohoku region in the summer vacation season. Although almost 20 years have passed since Pokemon came on to TV, it is still a star among children in this country.

You can see the most popular Pokemon character "Pikachu" and others on the train body. Many children were excited with the Pokemon wrappings and embarked the train this summer.

Thank you Pokemon. You made their trip very memorable. 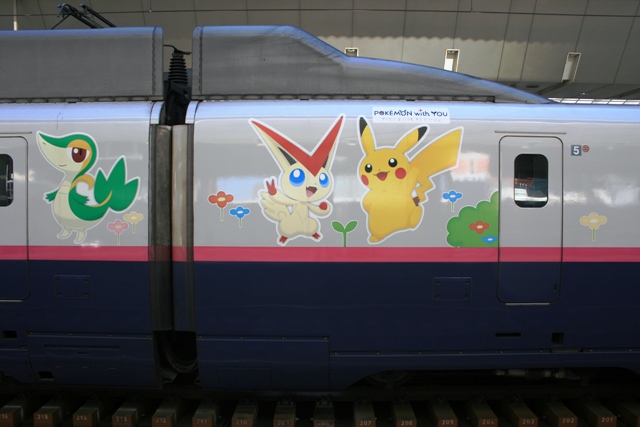