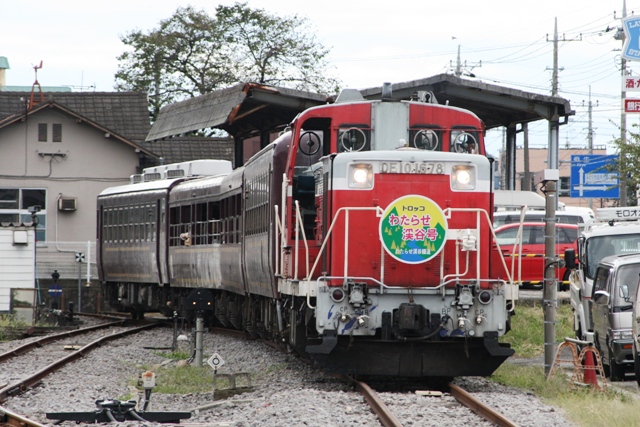 Further to my blog on October 5, I would like to introduce you to a unique train on the Watarase Valley Line.

Look at the top photo. This is the "Torokko Train", which operates only on the weekends for tourists. A powerful diesel locomotive, type DE10, pulls 4 coaches and ascends the chasm of the Watarase River. Type DE10 was manufactured in the 1970's for Japan National Railway, which is the present JR East. Then, 2 units were transferred to Watarase Valley Railway in 1998 and 2000 to spend a new life there after their retirement from JR East.

The middle two carriages are so-called "torokko" style cars. Torokko is characterized by a lack of windows on the both sides of coaches. So, passengers can admire the outside view, such as beautiful forests, fresh streams and quiet farming villages without looking through windows. "Torokko" got its name from mining carts, which also have no windows.

Last weekend, by all means, I wanted to ride this train, but it was unfortunately fully booked. I saw that many happy holidaymakers had descended on Ohmama, the departure station of the Torokko Train. I have been brought to realize once again that the Torokko Train is a star in this region. So, I reluctantly accepted the situation and just took a photo from the rails.

I will try to embark next time, probably during the season of the changing colors of maples and other trees. That will be the best season to enjoy this scenic train. 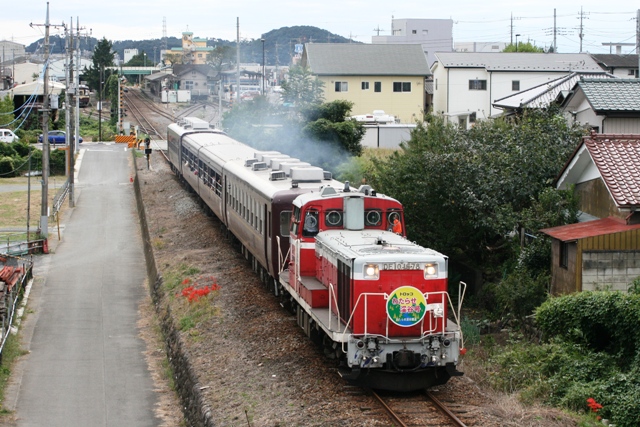