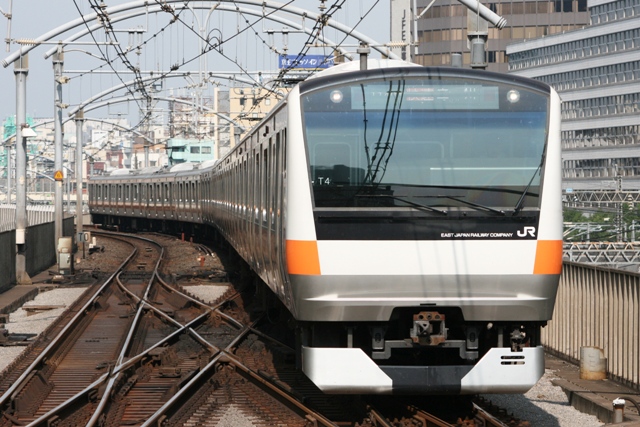 The Chuo Rapid Line is one of the busiest railways in the Tokyo metropolitan area, along with the Yamanote Line. The route connects Tokyo, the city center and Takao, a western suburb. The total length of the line is 53km.

According to statistical data, the trains carry a maximum of 42,000 passengers per hour on a weekday morning. Nevertheless, 10 coach trains operate every two minutes in the morning, the congestion rate, which is defined by the number of passengers divided by the carrying capacity, is 194%.

Unfortunately, the Chuo Rapid Line has a poor reputation among Tokyoites. In addition to its rush-hour melee, the ratio of on-time operation is lower than that of other lines, due to malfunctions, accidents and bad weather. It's rather ironic because the name of the line is the Chuo "Rapid", but it is often delayed.

For your information, the "Rapid" is named after "Rapid Services". The Chuo Line is double-double truck. A double truck, whose name is the Chuo-Sobu Local Line, is used for local trains. On the other hand, another double truck, Chuo Rapid Line is allocated for Rapid Services and Limited Express Trains.

Apart from the poor reputation, there are plenty of attractive spots on the Chuo Rapid Line. Shinjuku is a giant subcenter in the western part of downtown Tokyo. There are many department stores, shopping malls and hotels. Meanwhile, Kichijoji is more casual. You can find good restaurants, fashion boutiques and grocery stores. 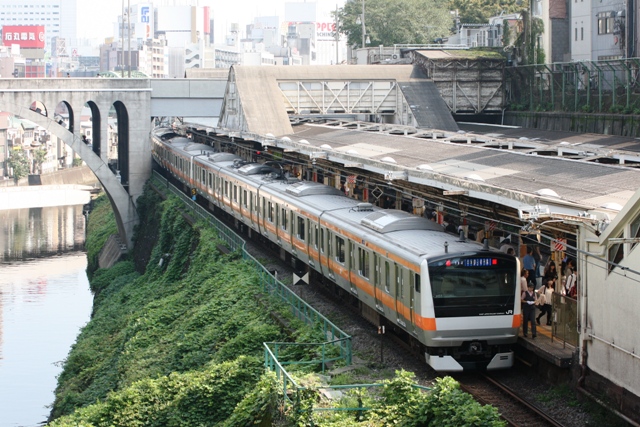