The East Garden of the Imperial Palace 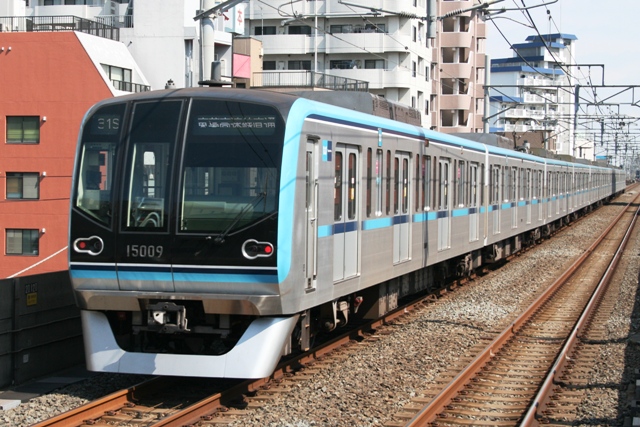 The Tokyo Metro Tozai Line is one of busiest subway routes in the Tokyo metropolitan area. Connecting Nakano and Nishi-funabashi (30.8km), it penetrates downtown Tokyo from west to east. The trains directly merge into the JR East Chuo Local Line to Mitaka and the Toyo Rapid Railway to Toyo-katsutadai, therefore, its maximum operation length reaches 56.4 km. Ten-car trains operate every 3 minutes in the morning, and every 5 minutes on average during the daytime.

One of the features of this subway is the "Rapid Service". In the eastern part of the line between Toyocho and Nishi-funabashi, Rapid Service (express) trains operate to enhance the convenience for long distance passengers.

The Tozai Line runs along the northern border of the Imperial Palace in the center of Tokyo, so, we can visit several sightseeing spots in the palace area. For example, I often wander around the East Garden, which is close to Takebashi Station. There is a castle ruin, which was constructed in 15th century (see the bottom photo). Although the main tower of the castle was demolished in 19th century after the fall of the Tokugawa Shogunate, we can still see the stones of the terraced walls of the castle. It's a viewpoint for the central part of Tokyo.

The Tokyo Metro Tozai Line. It plays an irreplaceable role in the Tokyo Metropolitan area both for commuters and sightseers. 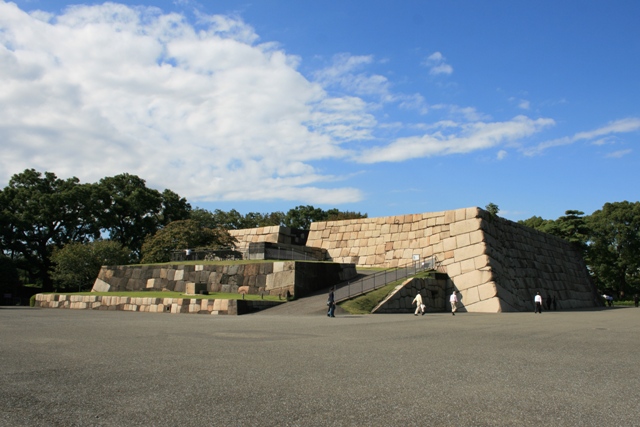