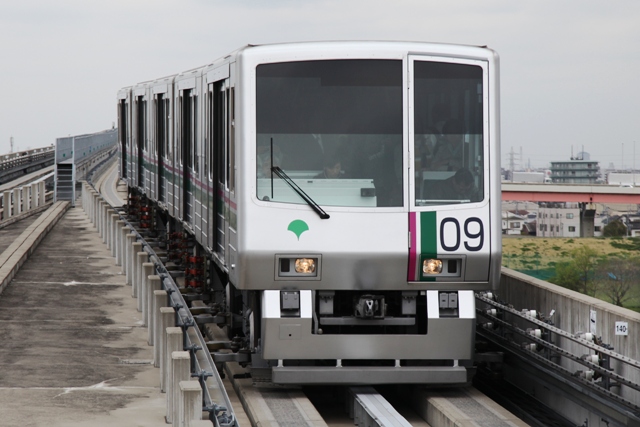 
Up to four years ago, the northern part of Sumida and the main part of Adachi Ward in Tokyo were isolated from the railway network. The local people were using bus services, but they were very slow due to traffic jams. Construction of a new railway line was essential for the residents.

In the mid 1980s, the government planned to construct a new subway line there, but it was deemed unprofitable. After long discussions, AGT was adopted as the system of the new line. As I mentioned before, AGT is an abbreviation for Automated Guide way Transit. It is a small sized train with rubber-tires instead of steel bogies.

In 2008, a new AGT line, Toei (Tokyo Metropolitan Government) Nippori-Toneri Liner was opened. It connects Nippori, in downtown Tokyo, and Minumadai-shinsuikouen, near to the boundary of Saitama Prefecture. The total operation length is 9.7km.

Currently, a 5-car EMU 300 series operates every 3.5 minutes in the week day morning, and every 7.5 to 10 minutes at other times of the day. All trains are fully automated, therefore, drivers and conductors are not on board. As a railfan, it is very attractive that passengers can secure a superb view from the train windows, because of the elevated track and no driving cabin at the front.

After opening the new line, the average number of passengers has grown steadily. It reached 59,034 persons per day in 2011, in excess of the target. The residents finally could escape from their onshore lonely island. 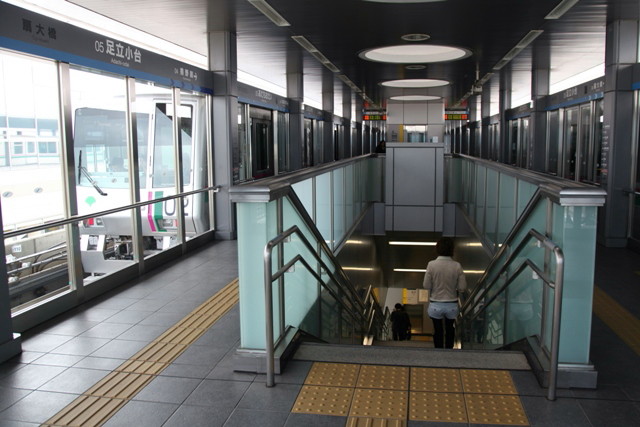