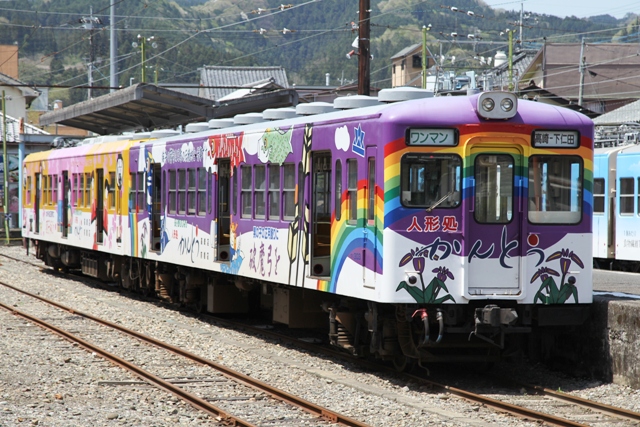 The weather report says the Sakura front (see my blog on April 22nd) has finally reached Aomori Prefecture, the northern end of Honshu Island (the main island of Japan). As I mentioned before, the Japanese spring is extremely beautiful and full of Sakura (cherry) blossoms.

The Sakura front travels not only to the north, but also climbs up the mountains. Look at the following picture. The sakuta is in full bloom in Myogi Sakura Village in Gunma Prefecture, 110km north of Tokyo. This area is well known for its precipitous mountains, and attracts many rock climbers. What's more, it is a famous spot for Sakura viewing. Currently, the sight of 47 different species and 5,000 Sakura trees fills the mountain.

To get to the Sakura Village, taking a local line, the Joshin Electric Railway, is convenient. Joshin connects Takasaki, a major city in Gunma Prefecture and Shimonita, a mountain foot town of Mt. Myogi. It was opened in 1897. The line is 33.7km long with 20 stations. It takes exactly one hour from Takasaki to Shimonita.

The EMU 200 and 300 series are leading trains on the Joshin Electric Railway (see the top photo). They were manufactured from 1964 to 1967 at Toyo Kouki Company and Seibu Tokorozawa Works. The classic designs steeped in history, such as the rounded double front lights and large cylindrical ventilators,  give passengers a nostalgic time.

Visiting Myogi Sakura Village and taking the Joshin Electric Railway is a perfect way to spend a spring weekend in the Tokyo metropolitan area. 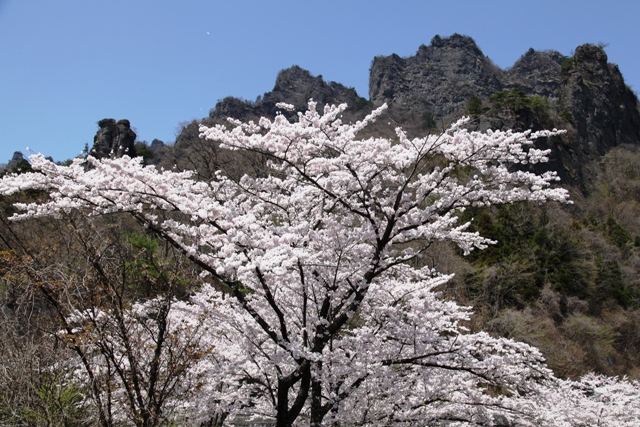