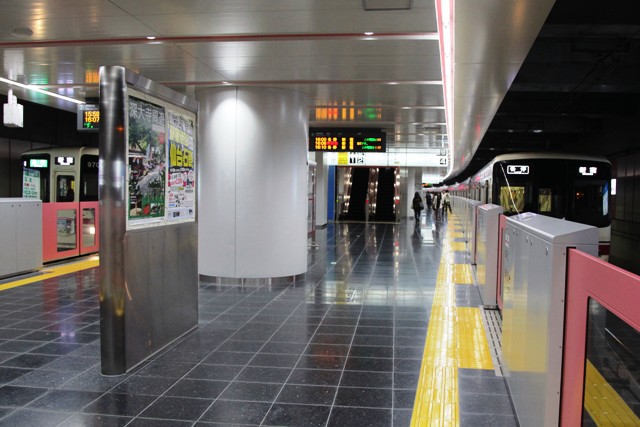 
On August 19th, Keio Electric Railway opened underground tracks around Chofu Station on the Keio-Main and Keio-Sagamihara lines (see the top photo). A total of 3.7km surface tracks have been moved underground.

Before completion of the new tracks, Chofu was a bottleneck station on the timetable, as the Main Line and the Sagamihara Line trains crossed on the surface (see the following photo). But, after the completion, a grade separated crossing has made it possible for the trains to be operated smoothly.

Another advantage of the underground tracks is the elimination of traffic jams at railway crossings. Chofu City with a population close to 230,000 is one of the major cities in the Tokyo metropolitan area. High concentrations of cars passing the railway crossings had been causing chronic traffic congestion. It has completely disappeared after completion of the construction.

The new Chofu Station has three stories below ground. The concourse is on the 1st basement floor, while the 2nd and 3rd basement floors are platforms for westbound and eastbound trains. 2 neighboring stations, namely Kokuryo and Fuda have also been moved underground.

Chofu Station was opened in 1913 as a terminal station of the Keio Line. Then, the line was extended to Hachioji in 1925. Meanwhile, passing the Tama River, a branch route, the Sagamihara Line was extended to Hashimoto in 1990. Before relocation of the tracks, a large number of local residents and rail-fans flocked to Chofu Station to take pictures and regret parting from the familiar ground level station. 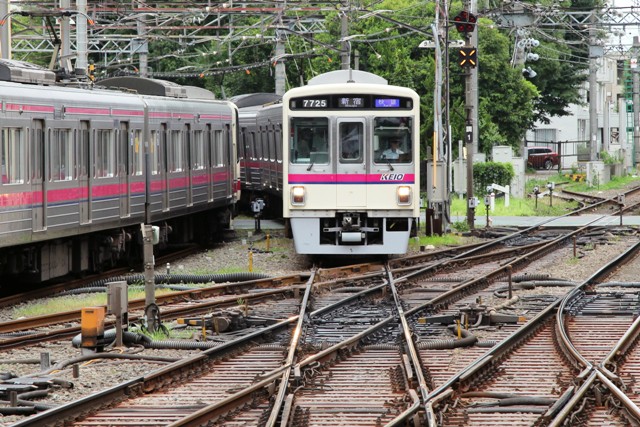