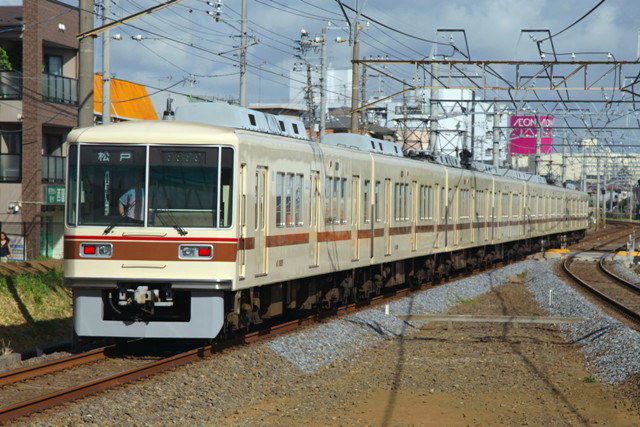 Shin-Keisei (New Keisei) is a private railway company in Chiba Prefecture, east of Tokyo. It is an affiliate firm of Keisei Electric Railway Company, and classified as a second-tier railway in the Tokyo metropolitan area. Connecting Matsudo on the JR East Joban Line and Tsudanuma on the Keisei Main Line, there are 24 stations over a total operating length of 26.5km.

Although Shin-Keisei is a second-tier, they have a progressive spirit. For example, Shin-Keisei is among the first to manufacture the variable frequency drive (VVVF inverter control) train in Japan. That is an EMU 8800 series (see the top photo). Shin-Keisei also quickly introduced a pure electrical brake system and single-arm pantographs.

I often take the Shin-Keisei, because it is very convenient. The trains are directly operated into the Chiba Line of Keisei Electric Railway through Tsudanuma Station. I can reach Chiba City from northwestern cities in Chiba Prefecture without changing. Ivory colored with dark brown striped trains are also attractive for me as a rail fan.

The Shin-Keisei Line, it's small but progressive. 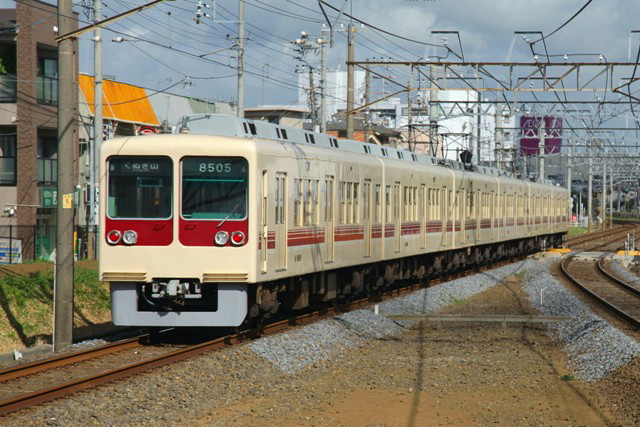