Over the Century, Completion of Renovation Work 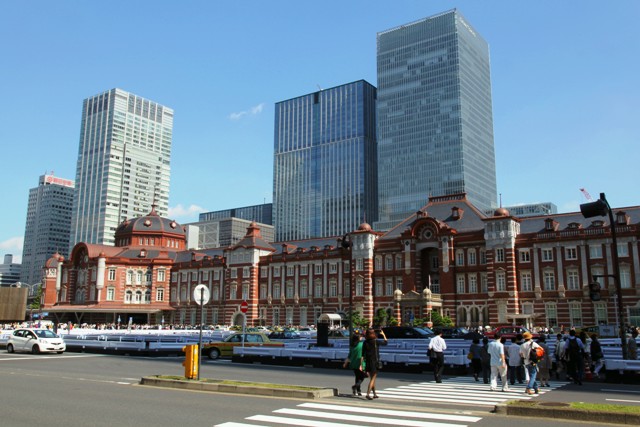 Northern half of the Marunouchi Entrance Building, Tokyo Station

On October 1st, JR East completed the renovation work on the main building of Tokyo Station. The red brick masonry of the Marunouchi Entrance Building has been brought back (see the top photo).

As I mentioned in my blog on February 27th, the Marunouchi Entrance Building was opened in 1914 as a main building of the central station in the Tokyo Metropolis. Since it had aged, the renovation work was started in 2007. In addition to the railway operation facilities being renovated, a gallery, hotel and underground car parking have been constructed inside. It is said that the total construction cost was 50 billion yen (625 million US dollars).

One of the topics of this renovation work is that the Marunouchi Entrance Building has been restored to be the same as it was when it opened. This building was severely destroyed by an air strike in 1945. It was repaired after WWII, but the design of the roofs were changed, because it was a stop-gap measure.

The newly restored roofs are composed of three elegant domes, which have oriental zodiac animal reliefs inside. Since opening of the new building, many people have been flocking to Tokyo Station (see the following photo) to take pictures in the domes, visit a cafe in the station hotel and so on. I especially saw many old people, who want to see the change of the station for themselves.

Over the century, Tokyo Station has changed from a terminal station to a sightseeing spot. 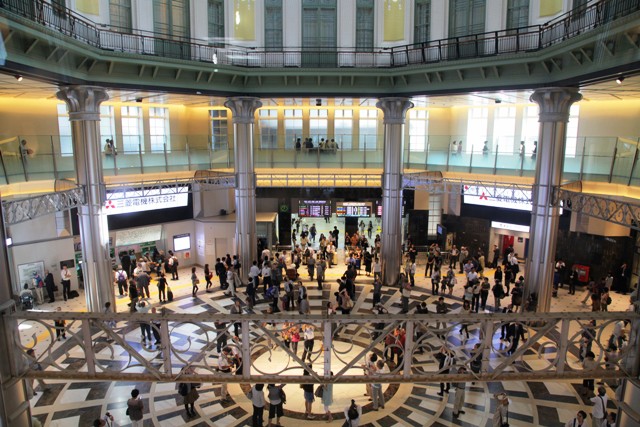