Winter Colors of an Urban Forest on the Odakyu Line 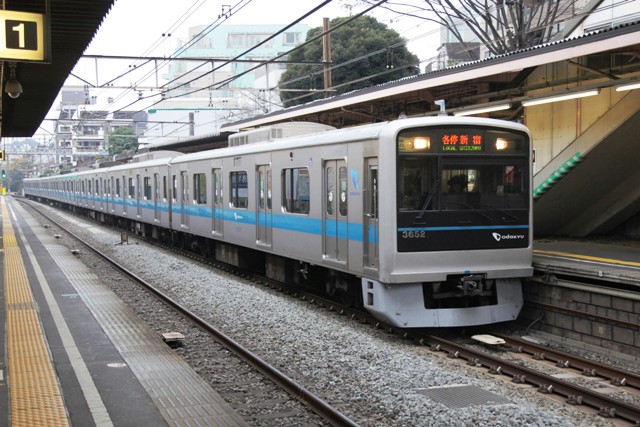 
Tokyo is a super high density city. It has been spreading into the air, underground and into the suburbs. They are skyscrapers, subways, residential areas, and so on.

However, we still have vast spaces in the heart of the city. One of the typical examples is a forest of Meiji Shrine where the green woods are an oasis for Tokyoites. It is located near Shinjuku, the largest subcenter of downtown Tokyo.

Taking the Odakyu-Odawara Line, I visited there early this month. The nearest station is Sangubashi. Actually, I pass through this station everyday, since it is on my commuting route, but, I seldom get off there. I just got on the usual train: the EMU 3000 series, and stopped over at Sangubashi Station (see the top photo).

After getting off the train, I found a different world. The forest of Meiji Jingu was very quiet and beautiful. It's turning into winter already, but I could still see "autumn leaves". They were crimson, yellow and brown colored. Evergreen trees were also mixed with the "autumn leaves" (see the following picture). I admired the beautiful and mysterious forest for a while. Then, I relaxed by allowing myself to breathe fully. This area is also known as a "power spot" among Tokyoites.

For your information, you can get to Meiji Jingu on the JR East Yamanote Line train as well. Please get off at Harajuku Station. The entrance of the shrine will be just in front of you. 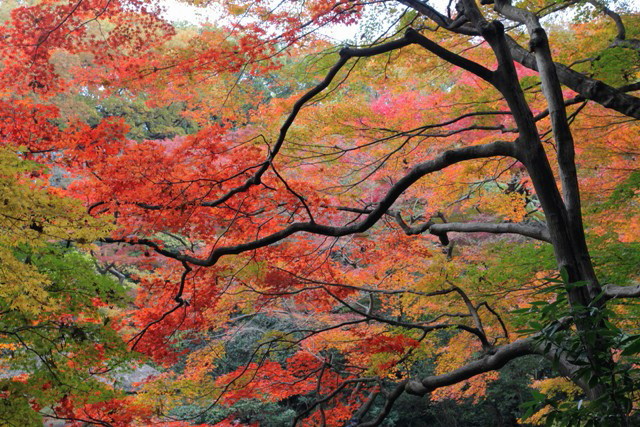 "Winter colors" of the Meiji Jingu forest near Sangubashi Station on the Odakyu Line
More information about EMU Odakyu 3000 series (in Japanese):
http://www.n-sharyo.co.jp/business/tetsudo/pages/oda3000.htm