Alternation of Generations on the Kururi Line 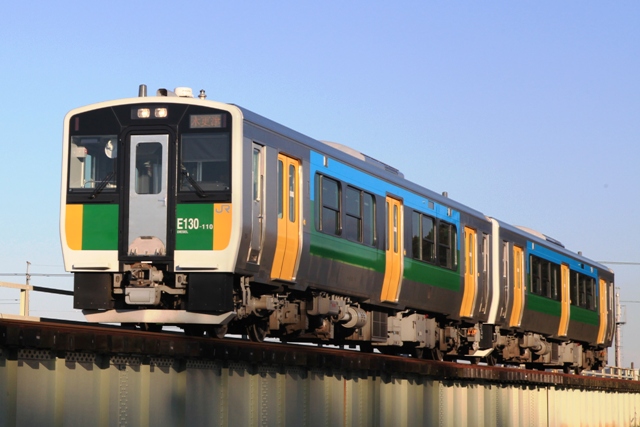 Diesel rail car, JR East KiHa E130-100 series passes through Obitsu River on the Kururi Line
The JR East Kururi Line is a typical local track in the Tokyo metropolitan area. Along with Kominato Railway and Isumi Railway, it is an important transportation route from the coastal area to the midland of Chiba Prefecture. Connecting Kisarazu and Kazusa-Kameyama, the total operating length is 32.2 kilometers. The entire route is a non-electrified single track.

This route had been uneventful for a long time; however, a drastic change came to the track on December 1st, 2012. All of the fleets, namely, diesel rail cars, Type KiHa 30, 37 and 38 were retired at the same time; and the brand new car, KiHa E130-100 series was introduced.

The new diesel rail car KiHa E130-100 series was manufactured by Niigata Transys. Currently, a total of 10 units are operated on the track. The DMF15HZ, a newly developed engine, is equipped as the heart of the train. Its rated power output is 450PS/2000rpm. The body is also gloriously brand new. The shining stainless steel body with blue, green and yellow colored ornaments makes a vivid impression on passengers. It has broken the image of the rural Kururi Line.

By the way, where are the old rail cars now? Most of the units are going to be scrapped; but some of them have survived. For instance, KiHa 30 62 has been sold to the neighboring company, Isumi Railway. Isumi plans to operate this classic car as a special nostalgic train for sightseers in the future.

One man's trash is another man's treasure. 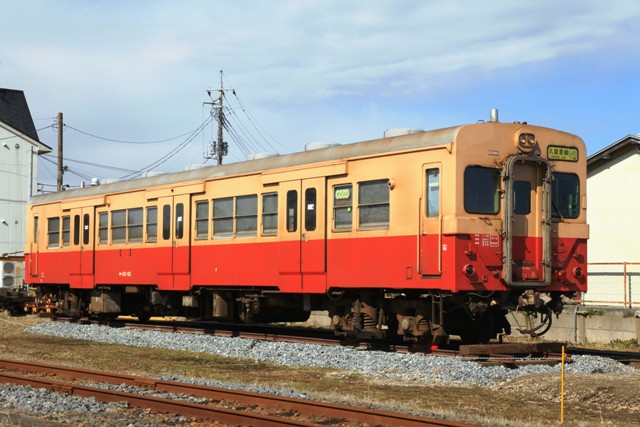