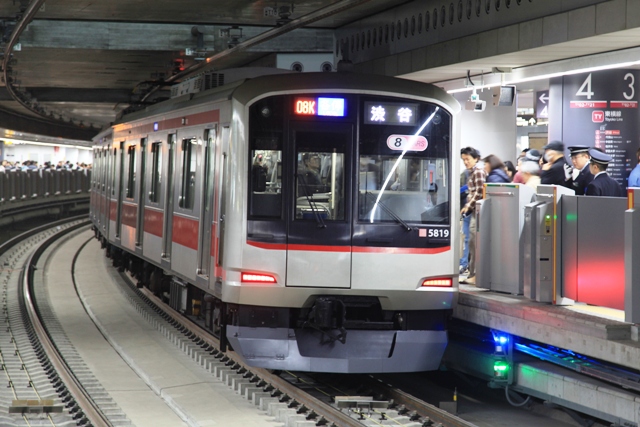 
Shibuya has changed. The barycenter of the town has moved eastward. The flow of people has also changed from the surface to the underground.

On March 16th in 2013, Tokyu Railway moved its Shibuya Station on the Toyoko Line from the surface to the underground. The ground-based old station ended its 85-year history (see my blog on March 15th in 2013).

The new Shibuya Station was opened under Meiji Avenue, east of the old station. The concourse is located in the second basement; meanwhile the platform is situated in the fifth basement. More importantly, the Toyoko Line trains have started to be operated directly into the Subway Fukutoshin Line through the new Shibuya station. As a result, it is easier for passengers to travel from Saitama to Kanagawa Prefecture without changing trains.

I visited the new Shibuya Station on the initial opening day (see the top photo). I saw various kinds of trains on the platform. They belonged to five companies, namely Tokyu, Tokyo Metro, Seibu, Tobu and Yokohama Minatomirai railways. It is a paradise for rail fans isn't it?

The modern design of the station was also impressive. Especially, a large "hole" in the underground space is very cool. I could see a standing train from the concourse through the "hole" (see the following picture). It also functions as a ventilator for the tunnel.

The new Tokyu Shibuya Station, it is an underground labyrinth in the super high density city. 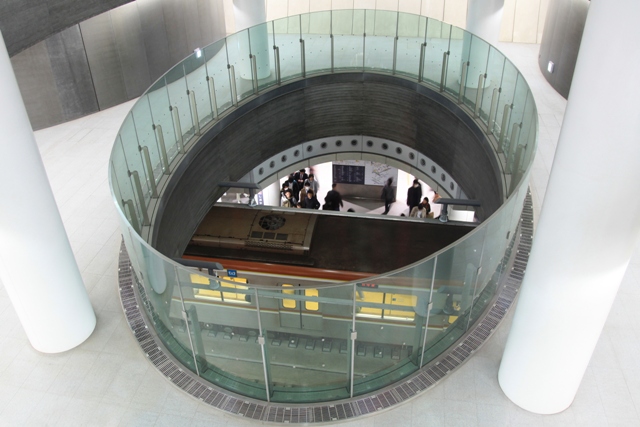