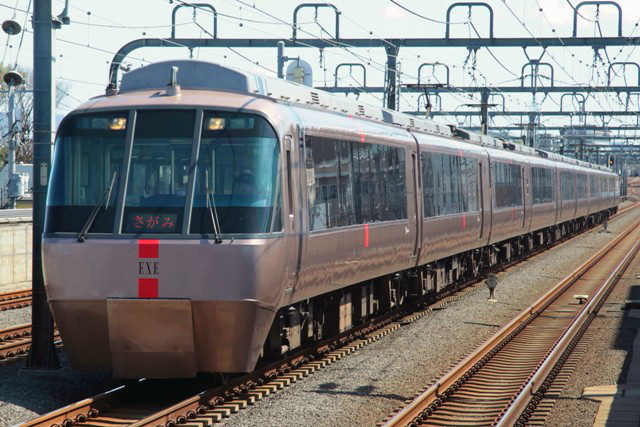 The EMU "EXE" 30000 series (see the top photo) is the first multipurpose Romance Car. EXE stands for "Excellent Express". It was commissioned in 1996 to replace the old model, the EMU "NSE" 3100 series (see my blog on June 16th, 2012). Since one set of the train is composed of ten twenty-meter cars (a total length of 200 meters), it has a greatly increased passenger capacity. One set can be broken up into six and four car sections to enhance operational flexibility as a multipurpose Romance Car.

When the EXE was launched, I thought it terrible that this model had destroyed the traditional Romance Car design, which has the cockpit was up stairs. I thought, "the Romance Car is not special anymore". I was discouraged.

In fact, the EXE was unpopular with many people. After launching the EXE, the Romance Car passengers to Hakone had been decreasing rapidly, until the new Romance Car, "VSE" 50000 series came on the scene in 2005 (see my blog on January 14th, 2012).

To the EXE's credit, this train is not totally a bad thing. One of my favorite points is its reclining seat; it has a good level of hardness which is very comfortable for me.

One person's junk is another person's treasure. 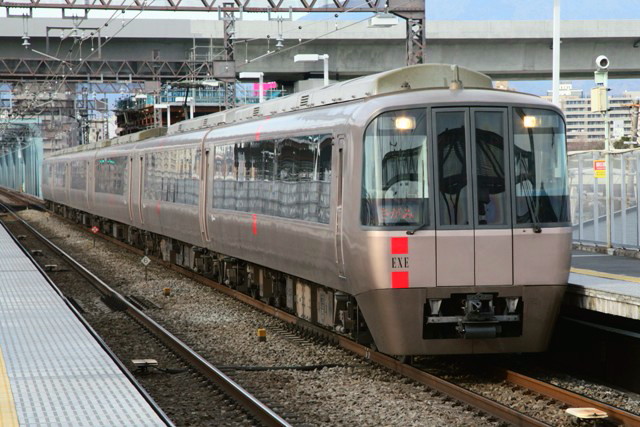