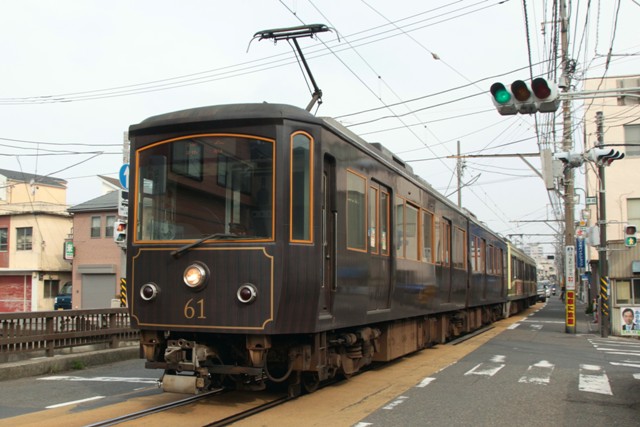 
Although it is the hot and humid season, tourists are flocking to Kamakura, which is a historical city in the Tokyo metropolitan area.

One of the reputable spots in this season is Hase-temple, which is located in the western part of the city. In June, the back garden of the temple is filled with a bunch of hydrangea blossoms (see the following photo). If heaven exists, it is probably something like that. I reached Hase-temple 30 minutes prior to the opening time; however, hundreds of visitors including foreigners were already waiting in front of the gate. I think it is probably because it had been repeatedly featured on TV.

To get to this super famous spot, take the Enoshima Electric Railway (Enoden) and get off at Hase Station. One of the impressive Enoden trains is the EMU 20 series (see the top photo). The 20 series is a retro design train, which was commissioned in 2002. A total of two sets, four units have been manufactured so far by Tokyu Sharyo.

Set 21-61 (see the top photo) of the 20 series was originally green and cream colored. It was, then, changed to dark brown colored in 2010 in commemoration of the 100th anniversary of Enoden. Dark brown was the body color of car number 1, which was the first Enoden electric car 100 years ago.

The beautiful hydrangea garden and the retro design train, there is no end to attractions in Kamakura. 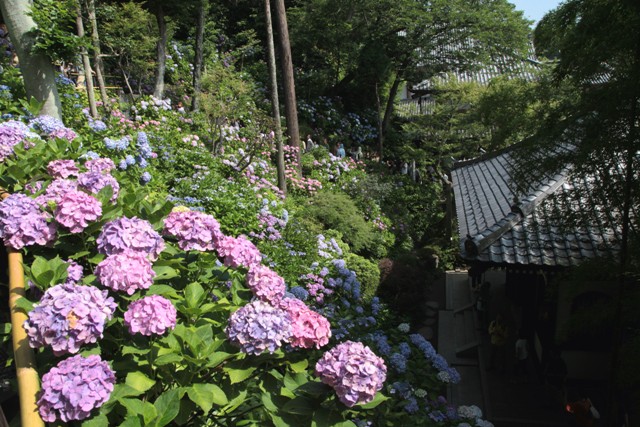 Hydrangea garden in Hase-temple near Hase Station on the Enoshima Electric Railway
More information about Unit 21-61 of the EMU Enoden 20 series (in Japanese):
http://www.enoden.co.jp/train/info_train.htm﻿