EMU Odakyu 1000 Series, Train for My Everyday Use 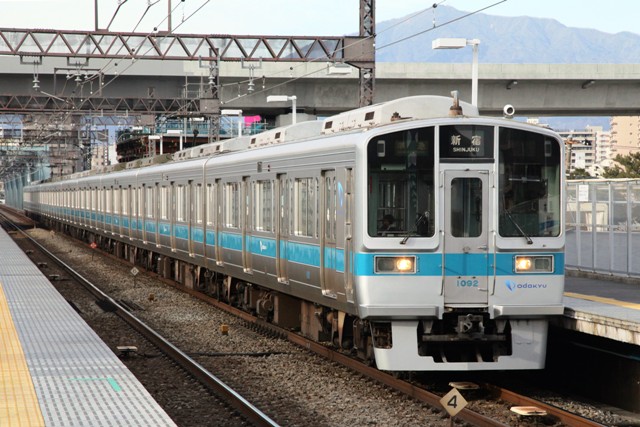 
Along with the 3000 series, the EMU Odakyu 1000 series is a train for my everyday use (see the top photo). It was commissioned in 1988 as Odakyu's first stainless-steel car with induction motors and VVVF inverter control (variable-frequency drive) system. A total of 36 sets, 196 units have been manufactured so far by Tokyu Sharyo, Nippon Sharyo and Kawasaki Heavy Industries.

When the 1000 series was launched, I was surprised that the VVVF inverter control system generated a loud and animalistic modulated sound. I still remember that my son often imitated this strange sound when he was a kid. He was truly a mimic of genius. Was I a doting parent?

Unbeknown to me, the VVVF control system of the 1000 series was changed to the latest and quieter system. According to a specialized book, Odakyu had completed the change to the system by 2012. It is too bad that I can't hear the loud and animalistic modulated sound any longer.

The 1000 series was also known as a multi-purpose commuter train. For example, it is used for all kinds of trains, such as rapid express, express, semi-express, and local. Furthermore, it used to be used for direct operation between the Odakyu and the Subway Tokyo Metro Chiyoda lines. But recently, the 1000 series lost its status as a direct operating train to the new commuter train, EMU 4000 series. 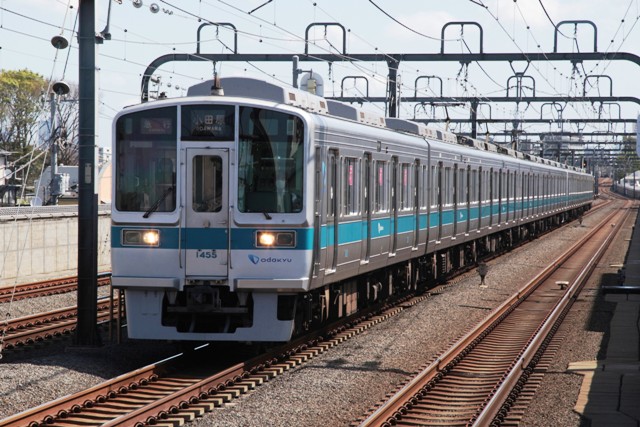 EMU Odakyu 1000 series runs on the express track, and passes through Chitose-Funabashi Sta.