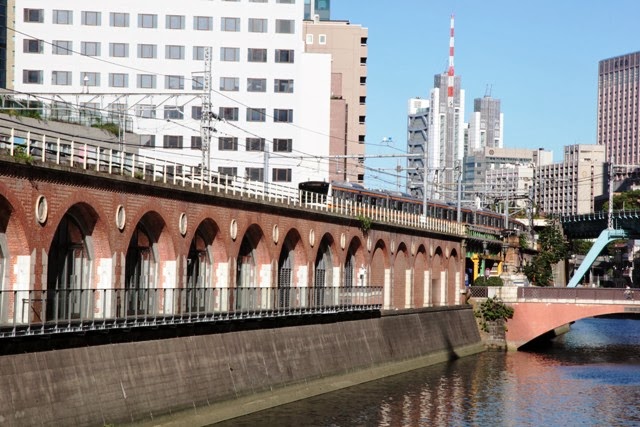 Ex-Manseibashi Station and the Chuo Line track
Manseibashi is an unforgettable place for me in Tokyo. When I was a kid, I often came to this place with my uncle to walk through the Transportation Museum. My favorite exhibition was an automatic door on the mock train. I pretended to be a train conductor and got absorbed in pressing the door switch all day long. The Transportation Museum has already been closed, but the same kind of attraction is still in use in the present Railway Museum in Saitama City.

There was another famous site among rail fans in the Manseibashi area. It was an old railway station that opened in 1912. This station had been functioning as a terminal of the Chuo Line, but was abandoned in 1943 due to a decrease in incoming and outgoing passengers. Since it's closure, it was forgotten about by Tokyoites except only a few rail fans. The old brick-built station has been falling into decay under the elevated railway tracks.

On September 14th, 2013, JR East opened a new commercial complex in the ex-Manseibashi station yard. The space under the elevated track is being reutilized. The old brick-covered pillars were renovated beautifully, and shops, cafes and restaurants have moved into the under-track space (see the top photo). Visitors can also climb up the old stairs and see the abandoned platform where a scenic restaurant has been opened. I could see the EMU 233 series passing through the ex-platform on the Chuo Line track (see the following photo).

Manseibashi Station reappeared in different forms in the twenty-first century. 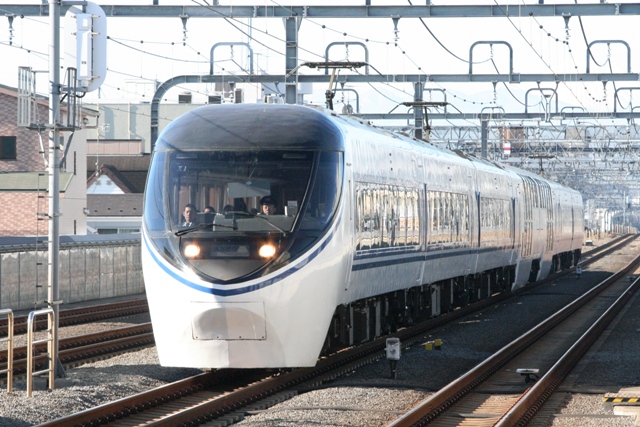