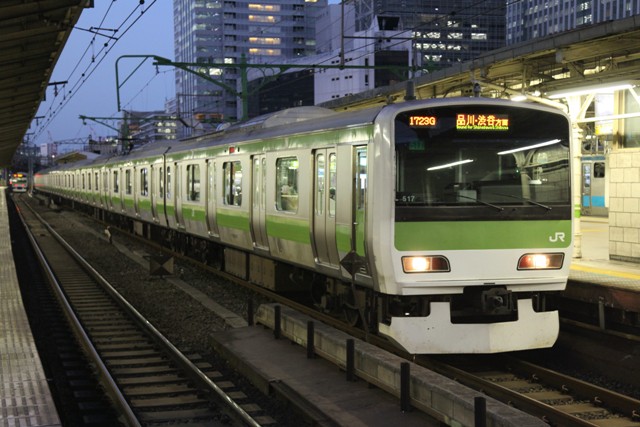 EMU JR East 231-500 series stands at Tokyo Station on the Yamanote Line
Tokyo station is the largest railway terminal in Japan. It was opened in 1914 as a central station of the capital city of Japan. The surface and the 20 elevated tracks are used by the JR lines. Meanwhile, 10 underground tracks are allocated for the JR conventional and the Tokyo Metro subway lines.

Tokyo station has two faces. One of them is a historical aspect, which is represented by the Marunouchi (western) side. Last year, the Marunouchi entrance building was restored to be the same as it was when it opened. This building was severely destroyed by an air strike in 1945. It was repaired after WWII, but the design of the roofs was changed, because it was a stop-gap measure.

The other is a contemporary aspect, which is represented by the Yaesu (eastern) side. Recently, "Gran Roof" was opened as a new landmark of the Yaesu entrance. Gran Roof is a mock of a sail. Restaurants, cafes and kiosks were also opened in front of Gran Roof. In the evening, Gran Roof is beautifully lit up (see the following photo). It is like a sail of light.

In the meantime, we can see many trains in Tokyo Station even in the evening. The Yamanote Line train is well known as Japan's most crowded railway (see the top photo). The EMU JR East 231-500 series, an eleven-car train, runs every 3 minutes in the evening. 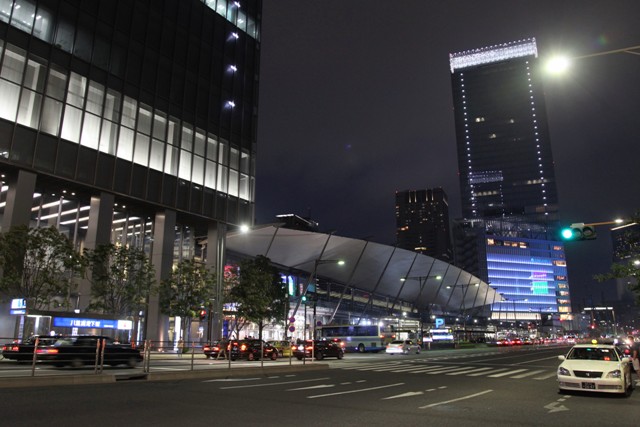 Night view of the Yaesu entrance