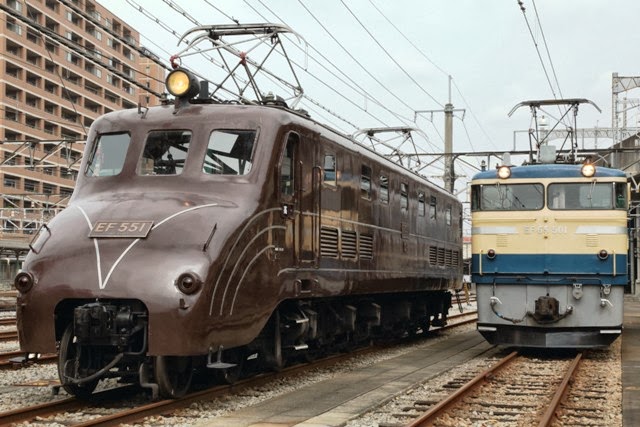 I am going to give you more detail about the exhibitions on Takasaki Railway Communication Day.

Look at the top photo. The left-hand electric locomotive (EL) is type EF55, which debuted in 1936. A total of three units were manufactured by Hitachi, Nippon Sharyo-Toyo Denki and Kawasaki Heavy Industries. Currently, unit number 1, namely EF55 1 is the only one that is preserved in Takasaki Rail Yard.

The EF55 was a star on the tracks before WWII. It pulled Japan's representative limited express trains, such as Tsubame (swallow) and Fuji. After WWII, the EF55 functioned as a special EL to pull trains for U.S.-led military coalition, which temporary occupied Japan.

EF55 1 is already 77-years old; however, the brown-colored body still shines beautifully. Currently, it is preserved in the rail yard in working condition. This is the first time I have seen the EF55. I was deeply struck with its beauty. It might be just a "machine" for lay public, but it is a rare beauty for rail fans.

In the meantime, the right-hand EL is type EF65, which debuted in 1965. A total of 308 units were manufactured by Kawasaki Heavy Industries and other manufacturers. EF65 501, which I show in the photo, was a specialist for pulling limited express trains, such as Fuji and Hayabusa (falcon) on the Tokaido Main Line.

EF65 501 is still in active service in the Takasaki area, although many of its colleagues have already retired from the front line of the railway tracks. 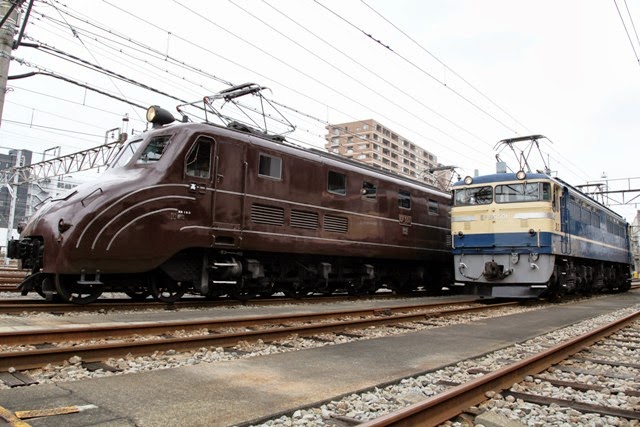