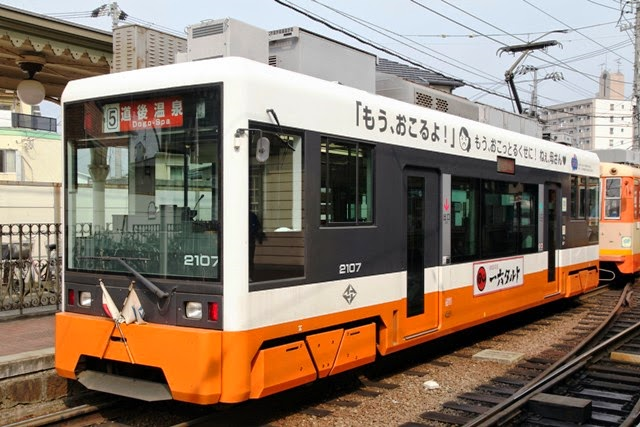 Electric car Iyotetsu 2100 series stands at Dogo Onsen Station
As promised, I am going to show you a streetcar in Matsuyama City. It is operated on the Matsuyama City Line of Iyo Railway Company (Iyotetsu).

The electric car 2100 series is so called LRT (light rail transit). The definition of LRT is not clear, but it is typically an urban low-floor tram with a low noise level in Japan. The 2100 series is Japan's first low-floor electric car, launched in 2002. A total of ten units have been manufactured so far by Alna Sharyo in Osaka City. It is a short body streetcar with two 60kW induction motors controlled by an IGBT-VVVF inverter system. The track gauge is 1,067mm and the electric system is 600V DC overhead. There are five routes in the downtown area.

The 2100 series is frequently called "Little Dancer S". This nickname derived from the "dancing" image of the vehicle and the "little" size. "S" stands for short, as it is only 12m long. His (or her) brothers, namely, Little Dancer L, A3, A5, U, Ua and C2 are also seen in large cities throughout Japan.

I like the 2100 series, as it is clean and quiet, but the problem is its low passenger capacity... only 47. It is very crowded every day in rush hour. I hope that Iyo Railway will take note of passengers' grievances and make some changes.

Little Dancer is a new symbol in the historical castle city. 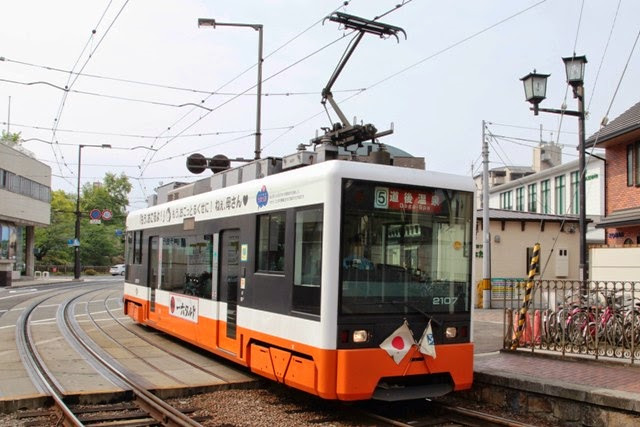 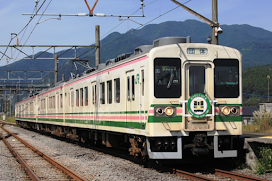 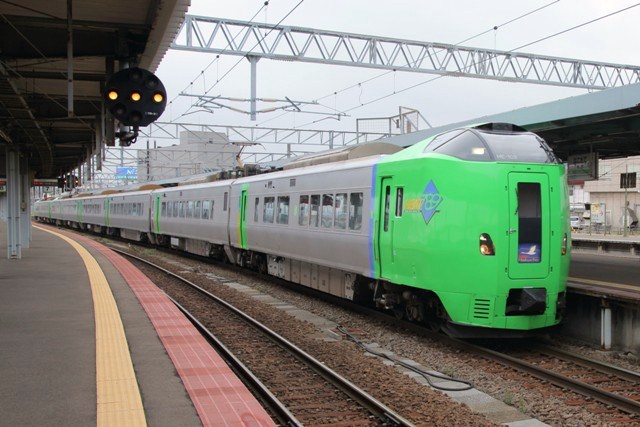