The 120th Anniversary of the Sobu Line 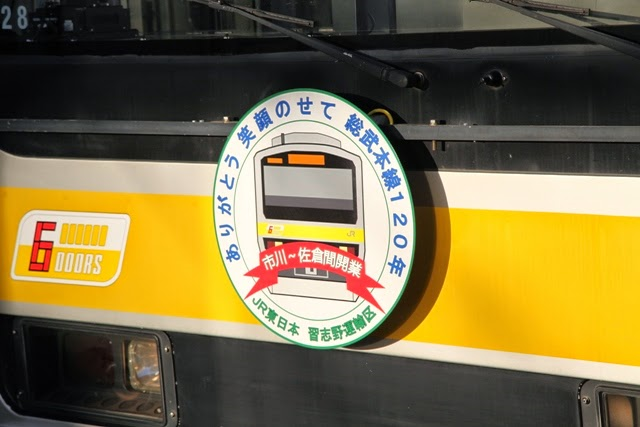 Special memorial plate for the 120th anniversary of the Sobu Line

I just celebrated the New Year, but I can't believe that it is February already. Before introducing more about the topics of 2015, I would like to keep to the subject of last year a bit more.

In July, 2014, JR East celebrated its 120th anniversary of train operation on the Sobu Line. Going back to the history of the Sobu Line, it was opened between Ichikawa and Sakura stations in Chiba Prefecture by Sobu Railway Company in 1894. The Sobu Railway continued to build an extension of the line toward the east and reached Choshi Terminal in 1897. On the other hand, the westward extension was a bit slow. It reached Ochanomizu in the downtown Tokyo area in 1932.

Chiba Branch Office of JR East held many events commemorating the 120th anniversary such as a special train operation and a ceremony, but I couldn't attend them, as I was continually busying myself with my affairs. Instead of sharing the event photos with you, I am going to show you a special memorial plate displayed on the front of set number B28 of the EMU E231 series on the Sobu Local Line. It was made by train crews of Narashino Depot. You can see a round plate with a thank you message on it. For your information, the E231 series is a main fleet of Sobu Local Line along with the 209-500 series. 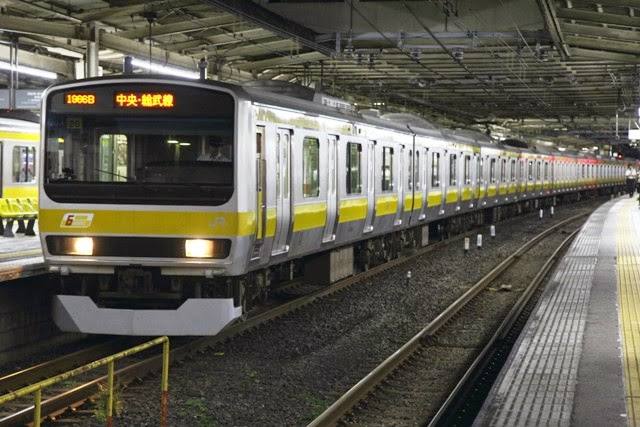