Rare Train on the Musashino Line 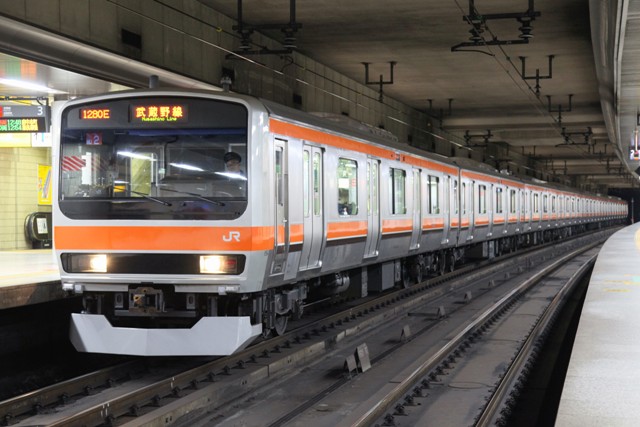 It is fun for me to perceive a fine difference between urban commuter trains like any other. Once I come across a rare train on the way to my office or somewhere on business, it makes me happy even if it is a packed train during rush hours. It's a perk of being a trainspotter like me. Trainspotters are easy-going people, aren't they?

I recently luckily came across set MU2 of the EMU E231 series on the JR East Musashino line. It was transferred from the Sobu line on September 19th last year. Set MU2 was originally a 10-car train with yellow-colored stripes but was decreased to an 8-car train with orange, brown and white-colored stripes.

This volkerwanderung still continues for the time being. Finally, ten sets of the EMU 205 series on the Musashino line will be transferred to Jakarta, Indonesia by the year 2020 to spend a second life after retirement from the tracks in Japan. 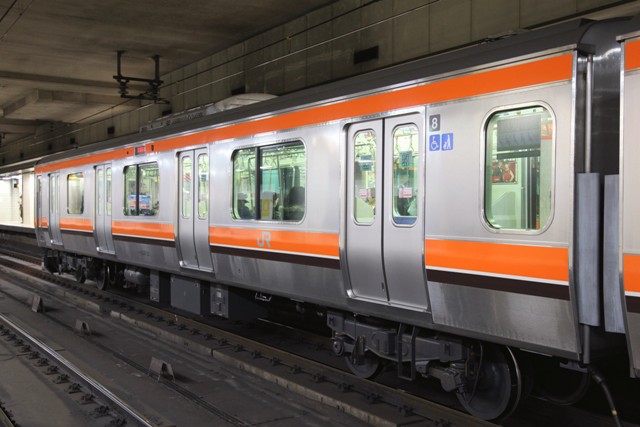