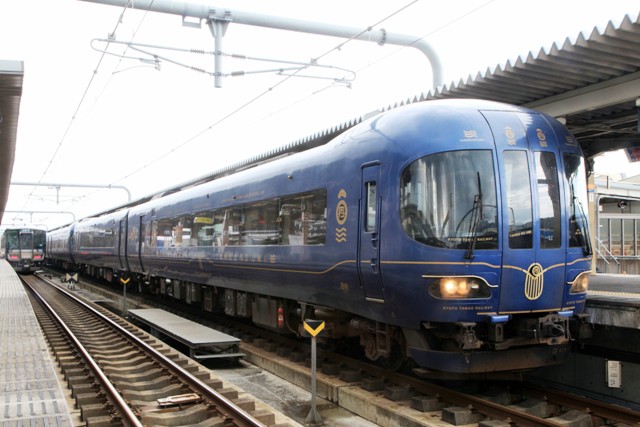 I want to continue where I left off in my last post. To visit the Amanohashidate scenic spot, how should you go there from Tokyo?

Please take the JR Central's Tokaido Shinkansen, and get off at Kyoto station. You should, then, transfer to the JR West's San-in main line. The most convenient train from Kyoto is the limited express "Hashidate", which is directly operated onto Kyoto Tango Railway (Tantetsu) line to Amanohashidate station.

One of the vehicles commissioned as Hashidate is the DMU (Diesel Multiple Unit) KTR8000 series owned by Tantetsu. The KTR8000 series was launched in 1996 by Kita-Kinki Tango Railway (present Tantetsu) to replace the JR West's old DMU, KiHa 58 series. A total of 5 sets, 10 cars of the KTR8000 series were built by Fuji Heavy Industries. Each car has 20 meter-long body with two 330 PS diesel engines.

The KTR8000 series used to be called "Tango Explorer", and was popular among tourists. It was, then, renovated from 2015 to 2017 due to deterioration. The new operator, Tantetsu, appointed Eiji Mitooka as the train designer and renovated the KTR8000 series to a train simulating the sea of the Tango area (the northern part of Kyoto Prefecture). For instance, the body color was changed to ultramarine, which is similar to that of the sea of the Tango area. Furthermore, the interior was changed to Japanese style one using flame-retardant woods. A special lounge space was also equipped for families and groups for chatting. 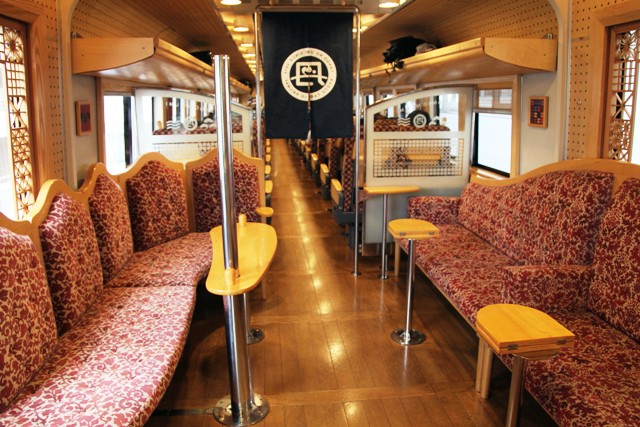 Interior of the DMU KTR8000 series