The Sunset over Tanzawa Mountains 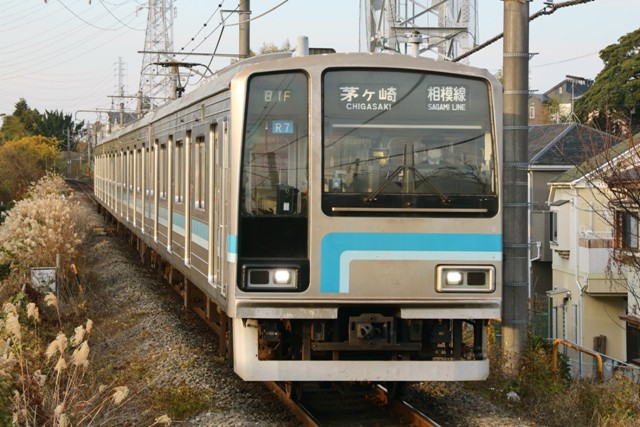 Set R7 of the EMU JR East 205-500 series arrives at Shimomizo station
It's mid-winter in Japan. The maximum daytime temperature is around 10 degrees Celsius in Tokyo. Although it's a bit cold, I went to the suburban area for strolling on the weekend. My destination was Hakkei-no-tana in Sagamihara City, Kanagawa Prefecture about 60 kilometers southwest of Tokyo. Hakkei-no-tana is famous among local people for its superb view overlooking Sagami River and the Tanzawa mountains. You can see a beautiful sunset from there. When I visited there, there were several "sunset lovers" who brought their cameras waiting for the beautiful twilight glow.
To get to this viewing spot, the nearest railway station is Shimomizo on the JR East Sagami line. The Sagami line penetrates the western part of Kanagawa Prefecture from north to south. Connecting Hashimoto and Chigasaki stations, its total length is 33.3 kilometers. The entire route is electrified and single. The electric system is 1,500 V DC overhead. 4-car trains named the EMU 205-500 series are operated every 20 minutes on average.
The 205-500 series was launched in 1991, when the route was electrified. 13 sets, 52 cars, were built by Tokyu Sharyo and JR East Ofuna Factory. Its technical specification is rather old at this distance of time, but the 205-500 series is still operated as the only model on the line. It will be replaced by a new model, E131 series, or the E231 series moved from the Tokaido line in the near future, but it has not been officially announced yet by JR East.
Incidentally, I have linked to an infromative website, JABODETABEK COMMUTERS NEWS (in Japanese). Please enjoy the latest news on the urban railways in Indonesia. 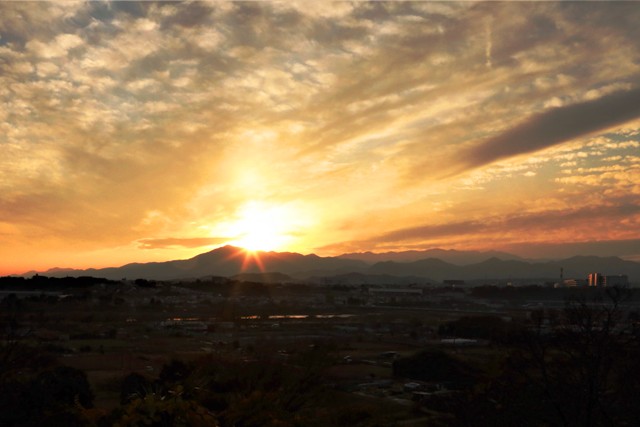 Sunset over the Tanzawa mountains 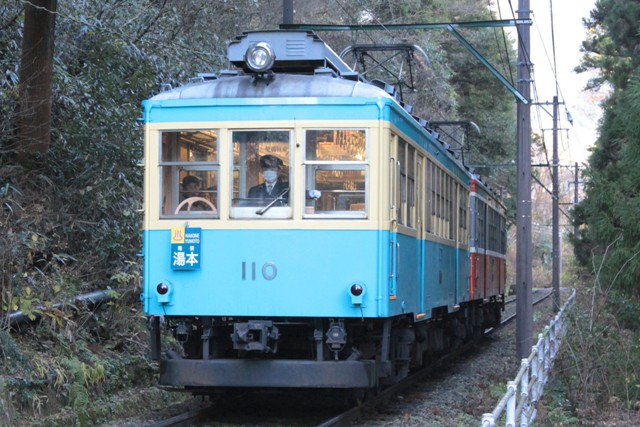