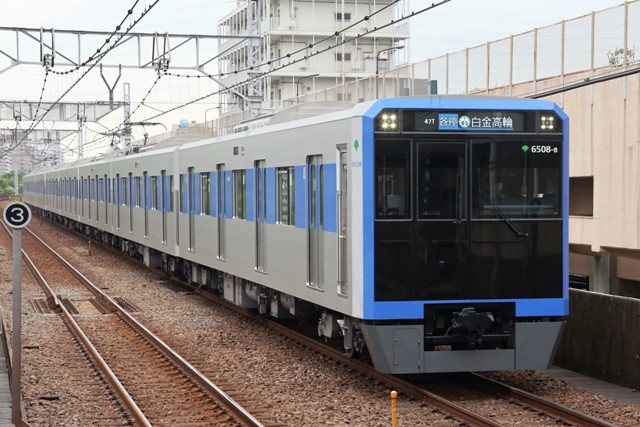 On May 14th, the Transportation Bureau of the Tokyo Metropolitan Government (hereafter Toei) launched a new train, the EMU 6500 series, on their Mita line. Introduction of the new model-cars was for the first time in 22 years on the line.

Let me quickly review the Mita line to start. There are two subway operators in Tokyo. One is Tokyo Metro, and the other one is Toei. The Toei-Mita line connects Meguro in the western part of downtown and Nishi-Takashimadaira, a large apartment complex area in the northern suburb of Tokyo. There are 27 stations on the 26.4 kilometers route.

Let's head to the main topic, the new model, the EMU Toei 6500 series. The 6500 series is planned to directly operate onto the Tokyu-Shin-Yokohama line, which will be inaugurated in March 2023. Different from Toei's old model, namely the 6300 series, one set is composed of 8 cars... two cars increased. Toei plans to introduce 13 sets of the 6500 series by March 2023. The 6500 series has 20 meter-long aluminum alloy bodies with a blue-colored stripe. The most distinctive feature is its angular front design. Many rail-fans point out that it's similar to the logo of a Japanese stationery manufacturer, "King Jim". Getting wind of this rumor, Toei surprisingly teamed up with King Jim and a toy manufacturer. They're jointly selling toys and document folders that symbolize the 6500 series.

Toei (a public office) also has to contribute to sales. Red tape and inflexible rules are something that happened in the past. 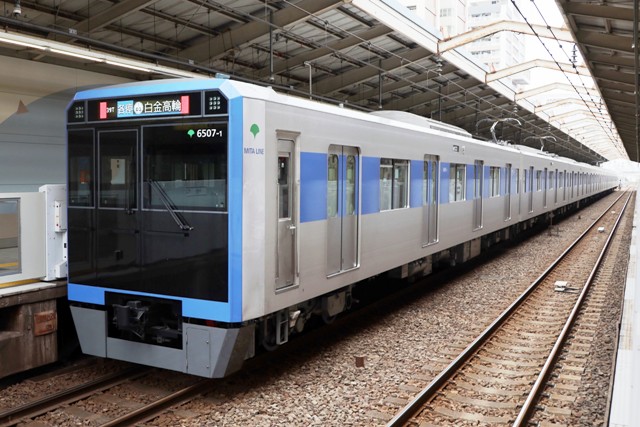