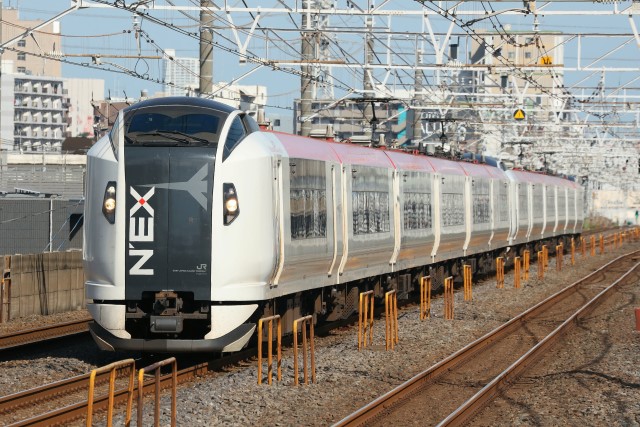 The Japan Meteorological Agency made an announcement that this year's rainy season ended on June 27th in Tokyo, which was the fastest on record. Was it an effect of global warming? I don't know, but anyhow, 2022 mid-summer has been going on since one month ago. People want to enjoy the summer vacation, but it isn't easy because a new COVID-19 variant "omicron" is spreading across the country.

Airline companies are facing difficulties. Accordingly, railway companies, which have airport access routes, are also in a tough situation. JR East is no exception. 35% of the airport access "Narita Express (N'EX)" trains are temporarily suspended due to decreasing passengers. As you know, the EMU JR East E259 series has been operated as N'EX train since 2009. It's so painful seeing that many sets of the E259 series are "sleeping" here and there in JR East's railyards all day long.

For your information, there're two international airports in the Tokyo metropolitan area, namely Tokyo International Airport (Haneda) and New Tokyo International Airport (Narita). If you arrive at the Narita airport, you can choose from two railway routes to get to the downtown Tokyo area. One of them is the JR East line and another one is the Keisei line. JR East operates N'EX; meanwhile Keisei has its flagship model, Skyliner. It's hard to choose between the two, but in my opinion, N'EX is more convenient to access many sub-centers of Tokyo directly; meanwhile, Skyliner is cheaper and faster to the downtown area. 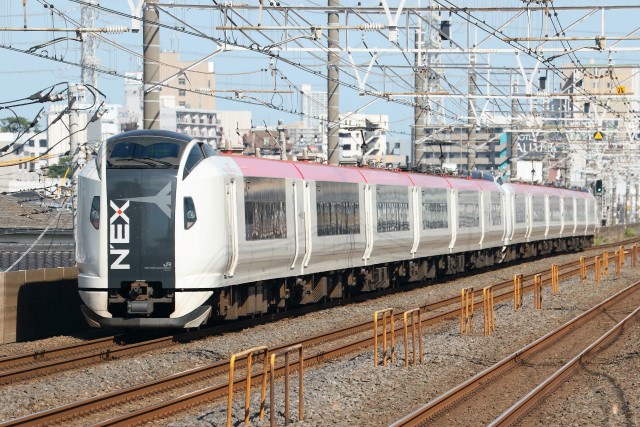