Test Run of Green Cars on the Chuo Rapid Line 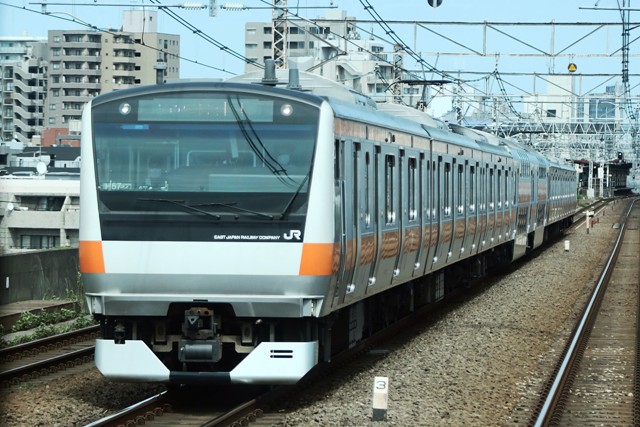 I recently came across a precious scene on the JR East Chuo Rapid line. It was the first test run of the Chuo Rapid line train with Green Cars (first-class cars).

To start, let me quickly review the Chuo Rapid line. It's one of the busiest railway line in Tokyo. Connecting Tokyo and Takao, the route length is 53 kilometers. 10-car trains are operated every two minutes in the morning, but the congestion rate, which is defined by the number of passengers divided by the carrying capacity, is 184% (as of 2017)... very high!

Now, let's head to the main topic. To reduce congestion, JR East plans to increase the number of cars from ten to twelve per train set. It means that two cars will be increased. These two cars will not be standard cars, but Green Cars (first-class cars). Why? That's because many passengers request to get seats on the train on the way to and from work, even if they pay extra. It's also favorable to the railway company to increase their sales... a win-win solution.

For the test run, two Green Cars, namely Saro E233-1 and E232-1, are connected with set H57 of the EMU E233 series. You can see the two double-decker Green Cars in the photo above. The test run was successful, but the commercial operation of Green Cars on the Chuo Rapid line is scheduled to begin in 2025. It takes so long to provide a simple service due to the global chip shortage. 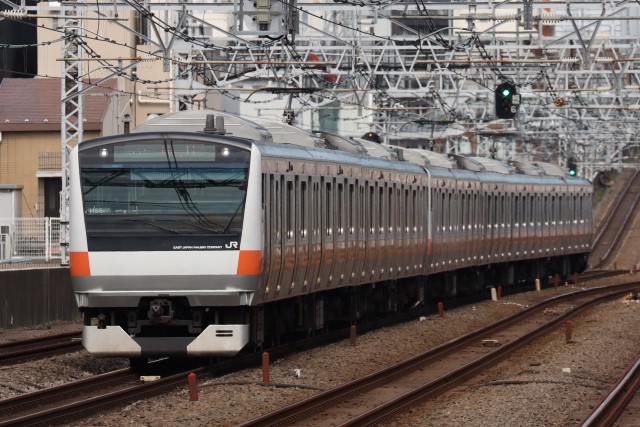