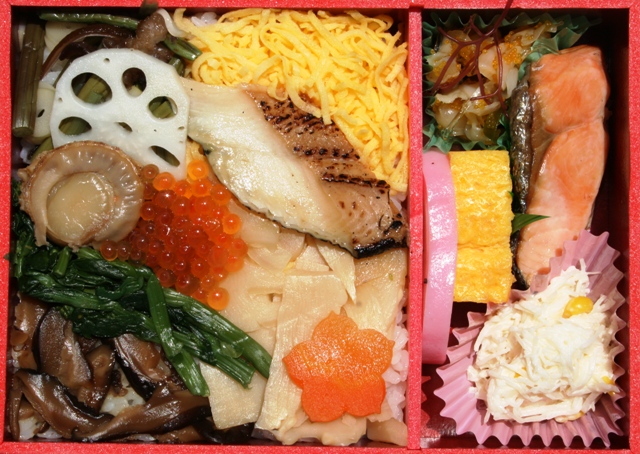 An "Ekiben" is a meal for railway passengers in Japan. It is packed in a box to be easily carried around and sold at stations and on trains. Many vendors launch thousands kinds of unique ekibens throughout the country and compete with each other in their sales. Generally speaking, ekibens are typically filled with local foods, which are cooked with local recipes. Their wrapping papers usually depict the sceneries or specialties of the particular areas.

The top photo shows an example of an ekiben, which is sold in Tokyo Station. It’s one of my favorite. Unfortunately, Tokyo is a big city without any famous local foods. Instead, this ekiben is sumptuous and healthy. Its layout is colorful and sophisticated as well. A salmon slice and eggs, an eel slice, a chicken egg, a scallop, mushrooms, vegetables and vinegered rice are cooked Japanese-style.

When I was small, railway passengers bought ekibens from vendors on station platforms. As soon as a train stopped at a way station, passengers opened the train windows and called the vendors, who were shouting “bento, bento… (meaning a meal box)”. I was always surprised that vendors were selling dozens of ekibens with brisk efficiency during the train stop of several minutes. But times have changed since then. Nowadays, we cannot open the train windows. So, there is no shouting vendor on a platform and we have to buy ekibens at special shops in station yards or on trains. However, ekibens have survived as a "must-have" for railway travellers in Japan. 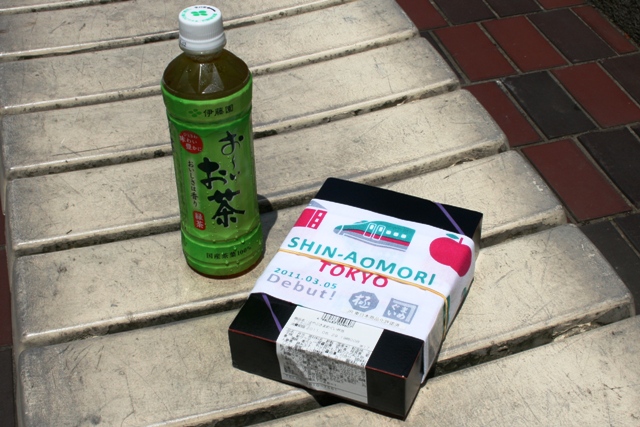