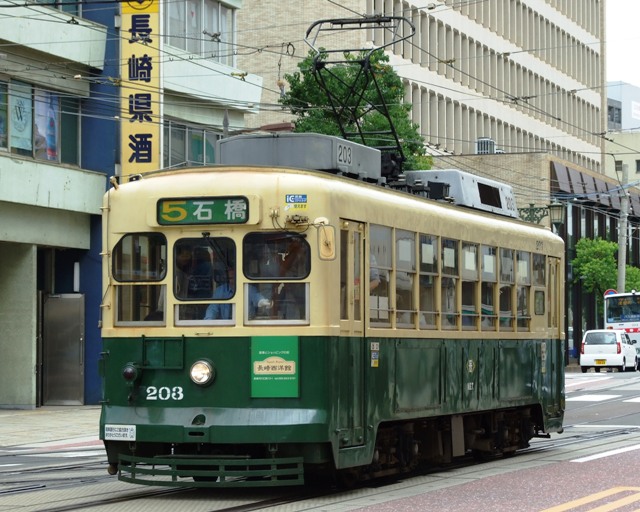 Nagasaki is famous as a historical harbor city in Kyushu Island. It is located 900km west of Tokyo, and is the main city of Nagasaki Prefecture.

The history of Nagasaki has been strongly related with foreign countries. For example, in the 16th Century, Luis de Almeida, a Portuguese man, visited there as a missionary of propagandizing the Christian religion. Then, from the 17th to the 19th Century, when Japan had closed its doors to the outside world, only Nagasaki City played the role of a gateway to Japan. Foreign cultures were transmitted to Japan through the island of Dejima, in this City. In the 20th Century, Nagasaki was destroyed by the dropping of an atomic bomb at the end of World War II. After the war, Nagasaki was reconstructed as a harbor city, and many foreign sightseers visit there.

Because of its history, Nagasaki has an exotic atmosphere. Nostalgic trams make the city more attractive. This tramway was opened in 1915, and is operated by Nagasaki Electric Tramway Company. The line length is only 11.5km, but four routes operate in the urban area.

Type 200 is one of the representatives electric cars (see the photos). A total of ten cars were manufactured by Hitachi and Nihon Sharyo in 1950. They are already 62 years old, but still active. Although they have often been improved with installments of air-conditioners and exchange of pantographs, the nostalgic appearance has been strictly adhered to.

The tramway in Nagasaki, it is something the city cannot do without. 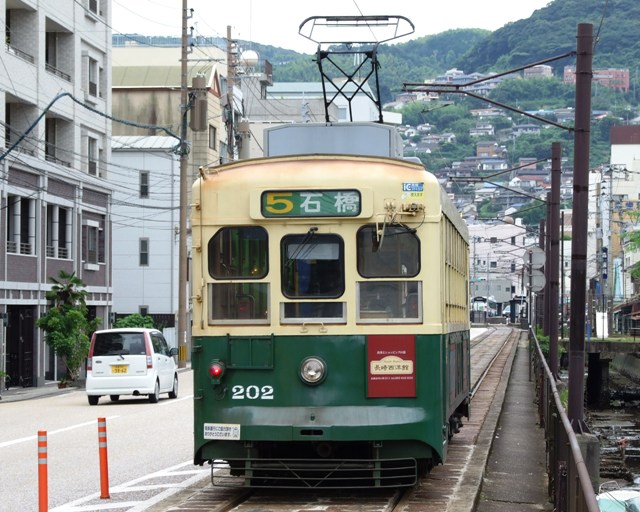