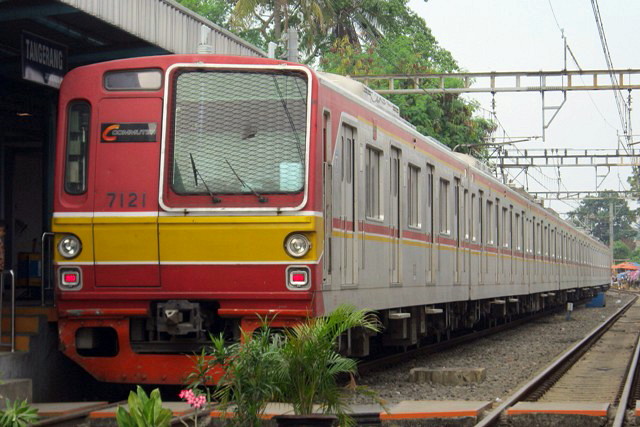 I have received news from an Indonesian rail-fan again. Modernization of the Tangerang Line has been started. The Tangerang Line is a commuting route in the Jakarta metropolitan area, Indonesia. The line length is 19.3km. It is electrified but only single track.

When I was stationed in Indonesia from 2007 to 2011, this route was a typical suburban local line. Non air-conditioned trains were operated without closing doors (see the following photo). I saw many roof-top passengers during rush hour. It seemed very dangerous, as 1500 volts of direct current overhead wire was above their heads. Some air-conditioned trains were operated, but they are not frequent and are only 6-car trains.

Recently, the railway operator, KRL Jabodetabek (Jakarta Metropolitan Electric Commuter Railway), has started the modernization of the line. For example, all non air-conditioned trains have been taken off the route, as air-conditioned 8-car trains, the EMU ex-Tokyo Metro 7000 series, have come in (see the top photo). The construction of double track has been commenced. Furthermore, extensions of station platforms on the route are also under construction.

I think that this modernization is a preparation for a future extension of the Tangerang Line to Soekarno-Hatta, Jakarta International Airport, which is located north of Tangerang Terminal. Currently, the express road between downtown Jakarta and Soekarno-Hatta Airport is backed up all day long. Air travelers often miss their flights. Improvements of public transportation, specifically railway networks, are essential for this growing giant city.

I wish Jakarta further success in the modernization of its railways. 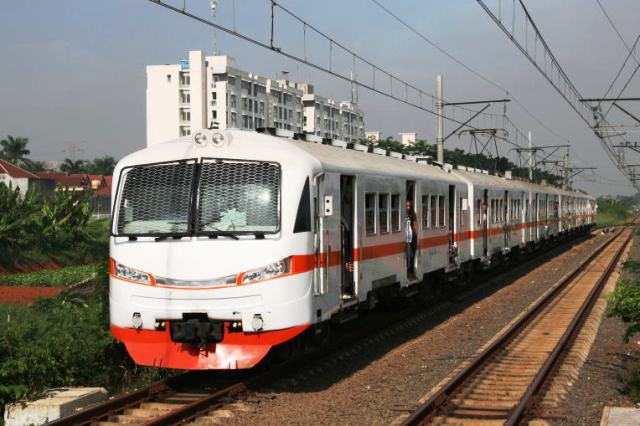