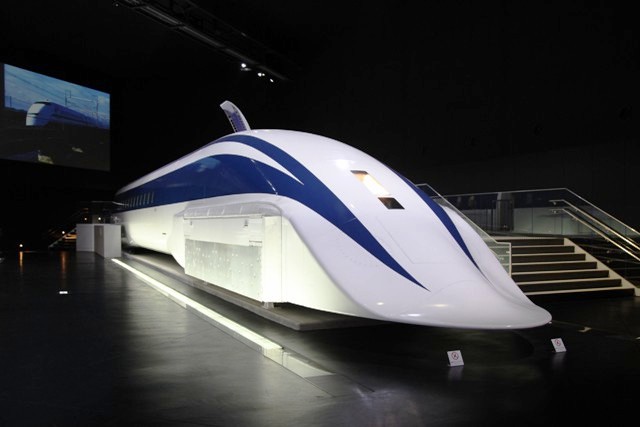 SCMAGLEV, which stands for superconducting magnetic levitation railway, is a magnetically-elevated train developed by JR Central and the Railway Technical Research Institute. With SCMAGLEV, a train is levitated a short distance away from a guideway using magnets to create lift. It means that the train doesn't need to have any contact with the rails. To propel the train, linear motor technology is applied. A linear motor is an electric motor that doesn't have a shaft. It moves in a straight line, while a conventional motor has a rotary movement. These technologies contribute to speed up trains.

The Yamanashi SCMAGLEV Test Line is currently being upgraded to revenue service specifications, as well as being extended from its original length of 18.4 to 42.8 kilometers. Commercial operation is planned to start in 2027. JR Central is fully privately funding the cost of constructing this line, which will operate at 500km/hour to connect Tokyo and Nagoya in just 40 minutes.

In accordance with the extension of the test line, JR Central introduced the first generation of SCMAGLEV trains with revenue service specifications, which is known as the L0 series at the Yamanashi SCMAGLEV Test Line in June, 2013. The L0 series has replaced the MLX01 series. The test run of the L0 will be started at the end of the year. 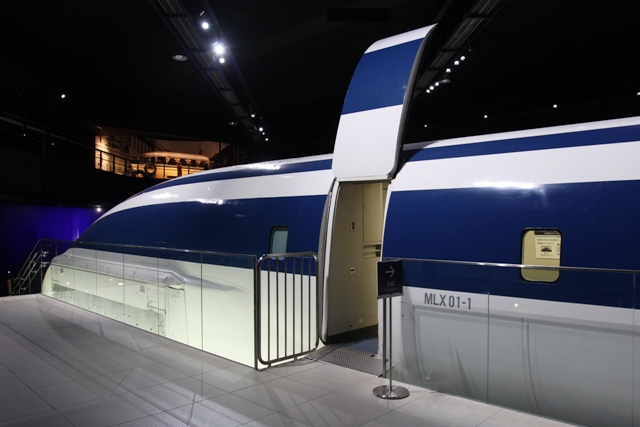 Side view of the SCMAGLEV MLX01 series
More information about SCMAGLEV and Railway Park: http://museum.jr-central.co.jp/en/