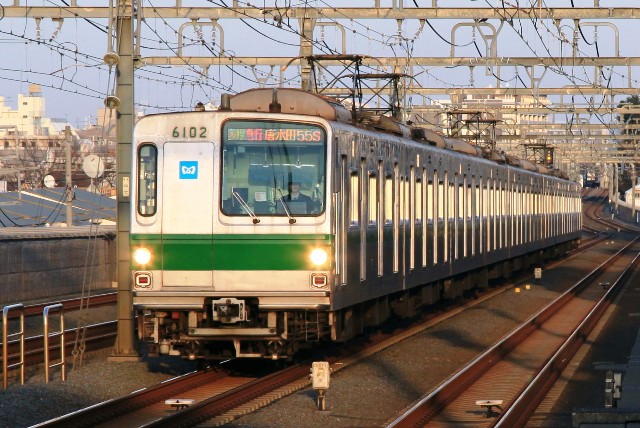 The Tokyo Metro 6000 series debuted in 1968, when I was a child. The futuristic asymmetric frontal design and shinning aluminum body with green colored stripe were very impressive. The specification of the 6000 series was also rather futuristic, as it was equipped with an armature chopper control device together with a regeneration brake system. A total of 36 sets, 353 units have been manufactured for 22 years. It was elected as a winner of the Laurel Prize by the Japan Rail Fan Club in 1972.

Currently, the electric system of most 6000 series trains has been renovated from the armature chopper to the VVVF control (variable-frequency drive) with induction motors. I am always astonished that technological innovation in the railway industry is very fast. The scrapping of the old sets has started since 2010, since the brand new EMU 16000 series was launched to replace the 6000 series.

The time has changed; however, I would stress that the design of the 6000 series still looks "futuristic", even 45 years later after its debut. Congratulations on the 45th anniversary of the EMU 6000 series on the Tokyo Metro Chiyoda Line.
﻿ 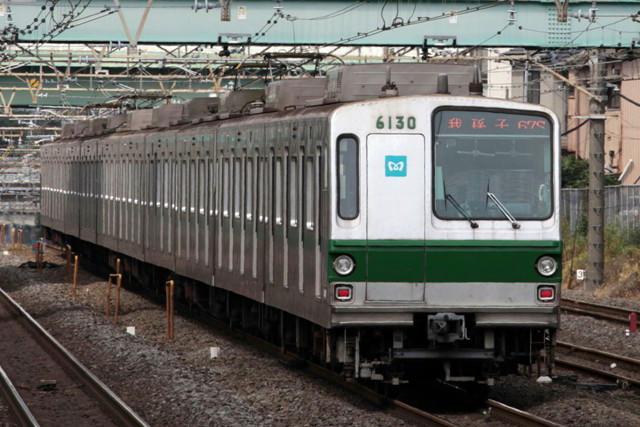