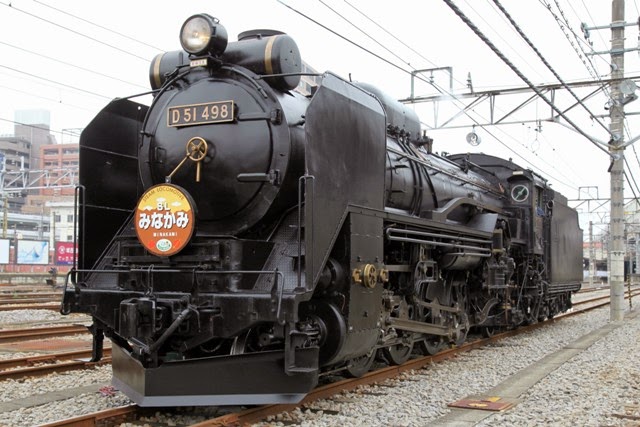 D51 498 was manufactured in 1940 at Takatori Works of Japanese Government Railways. Starting from Okayama Depot, it was moved from one depot to the next. Its mission had been to pull freight trains. This SL was retired from the tracks in 1972 and preserved in front of Gokan Station on the Joetsu Line, Gunma Prefecture.

In 1988, D51 498 was moved back to Oomiya Depot to prepare for its revival. After maintenance, it resumed operation in December of that year. Its first mission was to pull "Orient Express '88" from Ueno to Oomiya. For your information, Orient Express '88 was a special event train operated from Paris to Tokyo via Hong Kong using NIOE passenger coaches.

Currently, D51 498 spends its second working life, pulling sightseeing trains in the Takasaki area. It is very popular among families and rail fans. The large pillow-shaped feed water heater behind the smokestack is my favorite. D51 498 is a late-blooming superstar on the iron tracks. 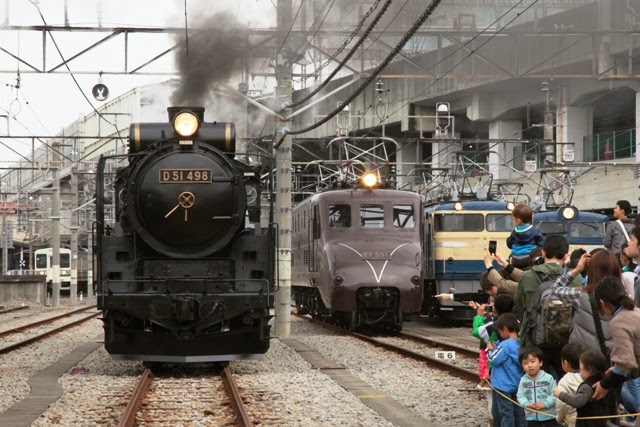