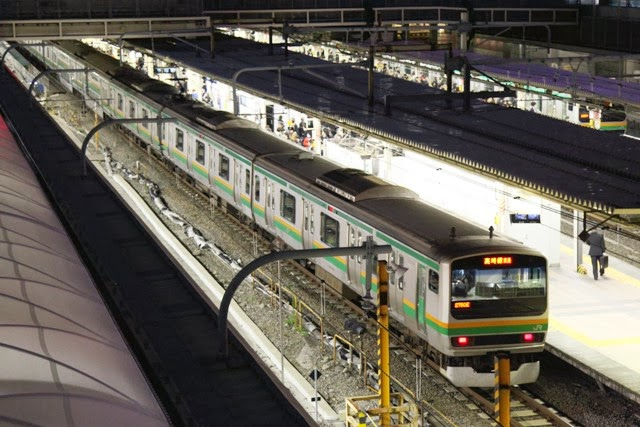 EMU JR East E231 series stands at Shinjuku Station on the Shonan-Shinjuku Line
Autumn has gone and winter is here in Tokyo. The leaves on the boulevard trees have already turned yellow and brown, and started defoliating. Once a cold wave comes, it always snows in the Tohoku District on the Japan Sea. In contrast, it is always clear in the regions here on the Pacific Ocean. 2000-3000m high mountain ranges, which run nearly the full length of the country, give the Japan Sea and the Pacific Ocean sides of Japan vastly different climatic patterns.

Winter is known as a season of "street illumination". Urban streets are nicely decorated with millions of LED lights. It is not known exactly what the origin of this event was; but I think that it can be traced to the Christmas lights to attract customers to shopping malls.

The bottom photo is a night view of the southern entrance of Shinjuku Station. As you may know, Shinjuku is the world's largest railway station. Trains of five companies and one public corporation arrive at and leave this giant terminal. The ridership of Shinjuku is 3.5 million passengers per day. You can see passengers pass through the illuminated street, called "Minamillumi".

In the meantime, we can see frequently arriving and departing trains of JR East from Minamilumi. The top photo is the EMU E231 series on the Shonan-Shinjuku Line. It was evening rush hour, and passengers were in a hurry to get home.

There are only twenty days left in this year. 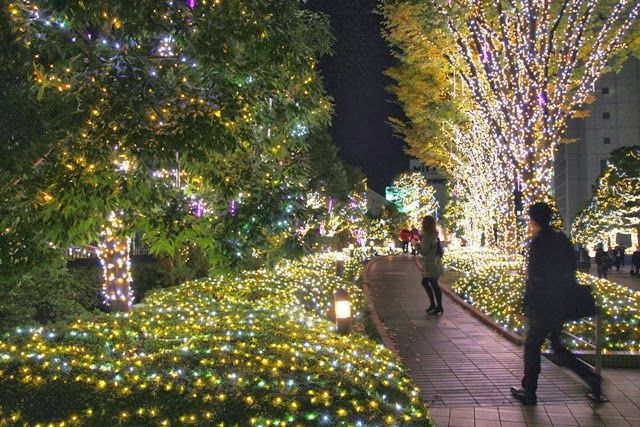