Count Down to the Last Run: EMU E3 Series, Komachi 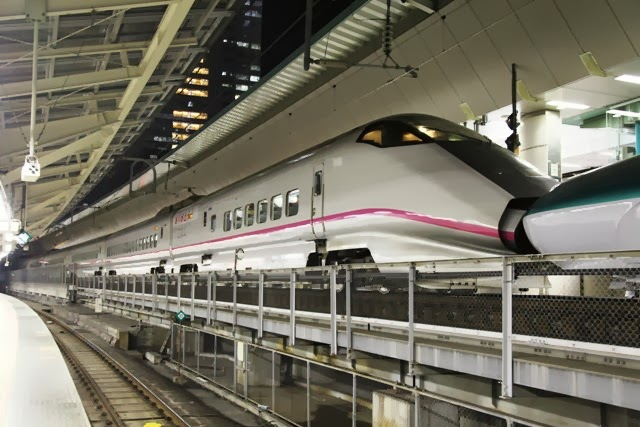 Being coupled with the E5, the EMU JR East E3 series, "Komachi", stands at Tokyo Station
Spring is the season of the new timetable for Japanese railways. For instance, JR East recently made a press release announcing that a new timetable would begin on March 15th. It means that several new trains will debut, while other trains will be retired. Everything flows, nothing stands still.

As 16 years have already passed, JR East have started to introduce a new generation train, the EMU E6 series, onto this route. The E6 series will completely replace all of the E3 series by March 14th. For your information, JR East plans to raise the maximum speed of the E6 series to 320km/hour at the same time. As a result, all E5+E6 coupled trains; "Hayabusa+Komachi" will be operated with the maximum speed of 320km/hour.

Currently, "Arigatou (thanks) Komachi" stickers are displayed on the body of the E3 series on the cusp of retirement. What will be the fate of the E3 series? I hope that they find a new assignment, such as the other super-express train operations, namely "Tsubasa (wing)" on the Yamagata Shinkansen.

The last run of the EMU E3 series, super-express "Komachi", is planned on March 14th. 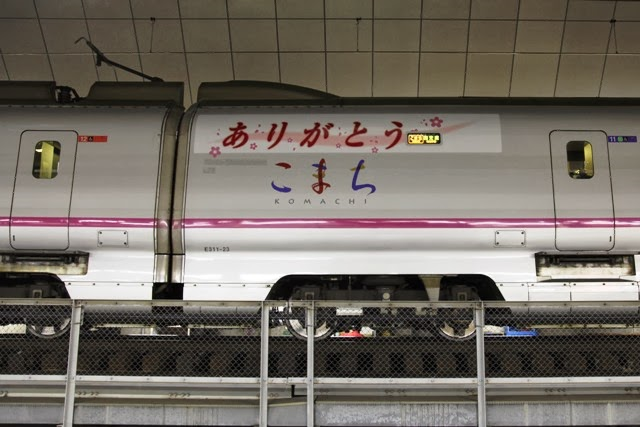 "Arigatou (thanks) Komachi" sticker is displayed on the EMU E3 series