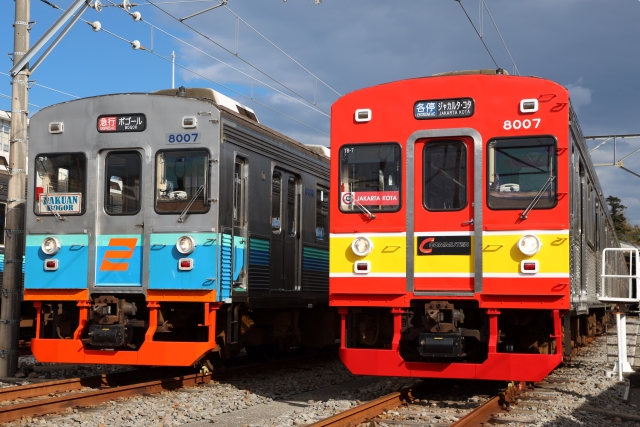 Because of the COVID-19 calamity, I can't go abroad this year anymore. I love Indonesian railways as I lived in Jakarta, Indonesia until 2011, but it's going to take some time before I can visit there again. What should I do?

The answer is a simulated travel to Indonesia in Japan. On November 14th, Indonesian railway lovers in Japan gathered in Izukogen railyard of Izukyu Railway. Chartering a train on the Izukyu line, we enjoyed a special travel for pretending to go to Indonesia. Why Izukyu? In Indonesia, there are a lot of secondhand trains from Japan. The EMU Tokyu 8000 series is one of them. After retirement from Tokyu, several sets of the 8000 series were transferred to Indonesia; meanwhile, the other sets were moved to the Izukyu line. We temporally changed the color design of the Izukyu 8000 series to that of Indonesian Railway, and chartered it.

Firstly, we held a photo session at Izukogen railyard in front of the 8000 series in Indonesian style. We then got on the chartered train, and made a round trip to Izukyu-Shimoda station. While on board, we enjoyed a bottle of Indonesian brand beer namely "Bintang (star)". We also took photos together, had lunch together and had a dream-like moment together. Speaking with kindred minds was fun and time flew by. The simulated travel was indeed a great success. I'm truly grateful to the organizer "KLB", the coordinator "Pakuan Ekspres" and all the staff of Izukyu Railway. 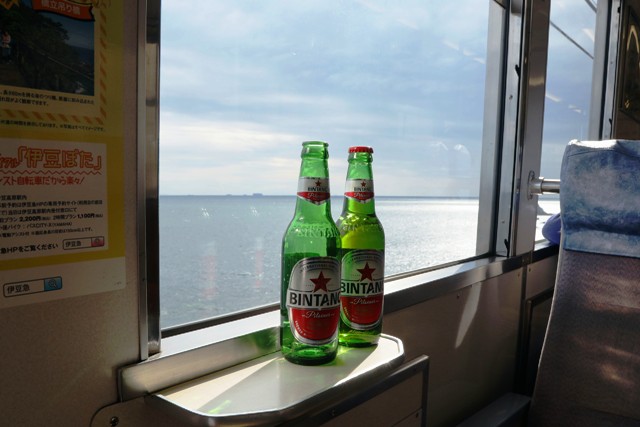 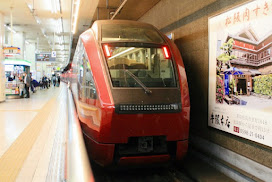 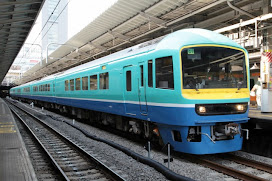