DMU KiHa 48 "Minori", Harvest of the Travel to Tohoku 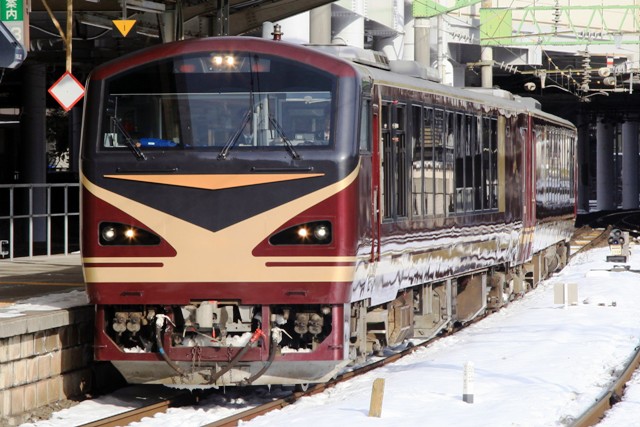 
Recently, I had an opportunity to visit Sendai City in the Tohoku District. It is located about 300km north of Tokyo, and is the main city of Miyagi Prefecture. Sendai was hit by the 3.11 giant earthquake and tsunami in 2011, but local people seemed to have recovered from the shock of the disaster.

After my appointment, I encountered a sightseeing train at JR East Sendai Station on the way back home. A two-car train with a brown and gold colored body...it was DMU KiHa 48 "Minori (harvest)" (see the photos). This train is operated between Sendai and Shinjo in Yamagata Prefecture. It is popular among tourists since the route has many magnificent prospects, such as deep valleys, unspoiled countryside, and hot springs with clouds of white steam.

The Minori was manufactured in 2008 at JR East Koriyama Factory. It is composed of 3 rail cars (KiHa 48-546, 549 and 550), but I saw only 2 units (KiHa 48-546 and 550) on that day, probably because it was off season. The cabin was very spacious. It was equipped with luxury reclining seats, viewing decks, and a midway. Most of the passengers were couples, families and groups from work. I wished I was them, but I didn't mind, because I took some pictures. Next time I'll stay longer in Sendai and board this train.

DMU KiHa 48, Minori, it was the harvest of my travel to Tohoku. 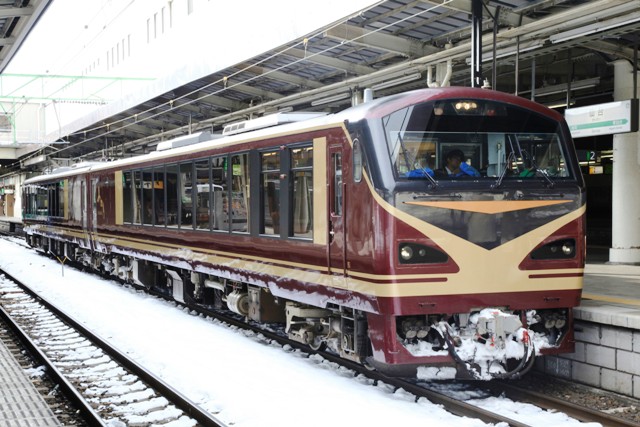