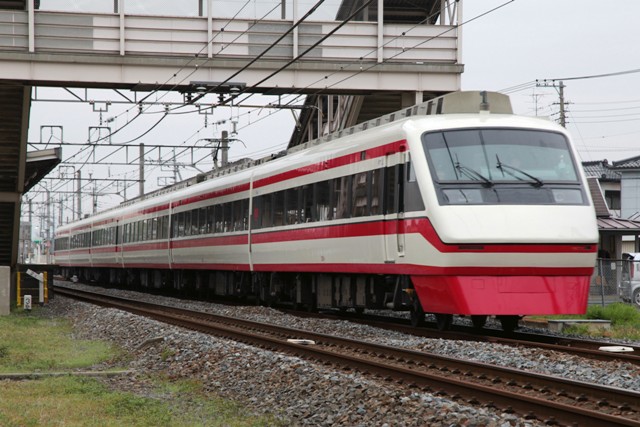 But, there is another limited express train on the Tobu Railway. It is the EMU 200 series, "Ryomo" (see the photos). Different from Spacia, Ryomo is an inter-city express mainly for business use. Connecting the Tokyo Metropolis and the cities in the northern part of Kanto District, such as Tatebayashi, Ashikaga, Oota and Akagi, it is operated every hour or every half an hour on the Isesaki, Kiryu and Sano lines.

The 200 series was launched in 1991 to replace the old train, the EMU 1800 series. A total of 10 sets, 60 units have been manufactured so far by Tokyu Sharyo and Alna Sharyo companies. Specifically, the newest set, Type 250 has adopted the advanced electric system, such as the VVVF inverter (variable-frequency drive) and the induction motor.

I like this train, as it gives me a comfortable ride. The cushion of the reclining seat has a good level of hardness. The cabin is quiet enough. The seat pitch is long enough with a foot rest. If I am allowed to wish so much, the exterior design should be more sophisticated as a modern limited express train.

It is not easy to reach perfection in trains. 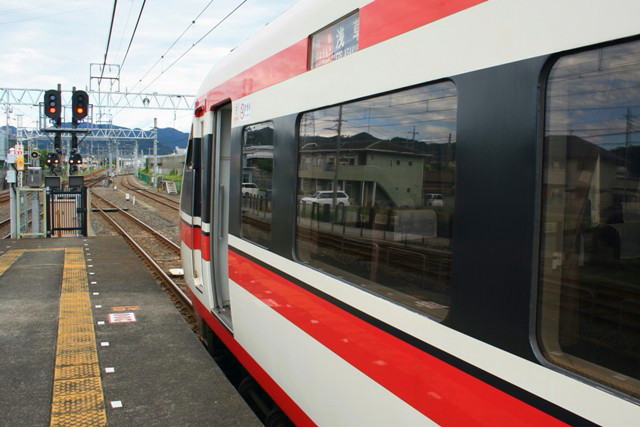